The evidence that exposes calls to bring back grammar schools

One of the few education policy pledges to have emerged from the Tory leadership contest is Liz Truss’s commitment to end the ban on grammar schools. Like many past and current Tory cabinet ministers, Truss views grammar schools as escape routes from poverty. But the idea that selection provides bright working-class children opportunities they are denied in a comprehensive system relies heavily on highlighting past individual successes without establishing how representative they actually are – or ever were.

David Jesson’s 2007 research clearly demonstrated that the surviving grammar schools in England were and are, in the main, schools for the middle classes. What Jesson showed was that the proportion of children eligible for free school meals – which may be an imperfect measure, but is the most commonly used indicator of social disadvantage – is much lower in selective than in non-selective schools in every one of the 36 local authorities that retain at least some grammar schools.

Having close to half of all school leavers entering higher education is an aim that would have seemed impossibly ambitious a generation ago. And given that expenditure on education didn’t increase in real terms between the mid-1970s and the late-1990s, this remarkable increase in productivity (as measured by qualifications) is attributable in large part to the removal of the barrier of the 11-plus for some four-fifths of the population.

Since comprehensive education was introduced, barriers to achievement for many young people have been removed. The annual government statistics of school attainment, examination results and participation in further and higher education offer clear evidence of “levelling up” over four decades. Sadly, some areas of England (such as Kent, Trafford and Buckinghamshire) have not benefitted from this impact of comprehensive schooling. But they are not proof of some ‘failed experiment’. Rather, they are evidence of what happens when the experiment is not yet tried.

But in making the case against grammar schools, it is important to emphasise that it is selection that needs reform; anti-selection campaigners are not suggesting that particular schools should be closed. There is no reason why the nation’s remaining 164 grammar schools should not remain pretty much as they are now: the same buildings and resources, the same governors, headteachers and staff, the same ethos, curriculum and uniform. Even largely the same funding.

The only real change will be in the academic profile of the pupils in attendance. Indeed, one would expect that if the quality of education really is as high as grammar school supporters suggest, progress, attainment and standards would remain largely the same too, irrespective of a more balanced pupil intake.

It was only ten years ago that the Tory leadership appeared to be of the view that grammar schools were a thing of the past. Cross-party consensus was emerging that selective schools fail to offer good value for money and do not help raise standards overall.

In a retrograde step for the party, Liz Truss has nailed her colours to the selective mast. But that doesn’t have to be a bad thing. The Tory leadership contest now has the potential to develop into a debate that addresses, once and for all, the archaic and socially exclusive policy of academic selection.

The question is: In the race to pursue the levelling up agenda that won Johnson the last general election, does Rishi Sunak have the stomach to stand up for the evidence? 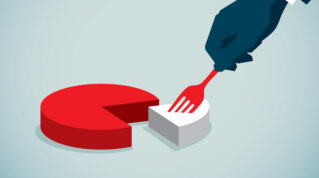