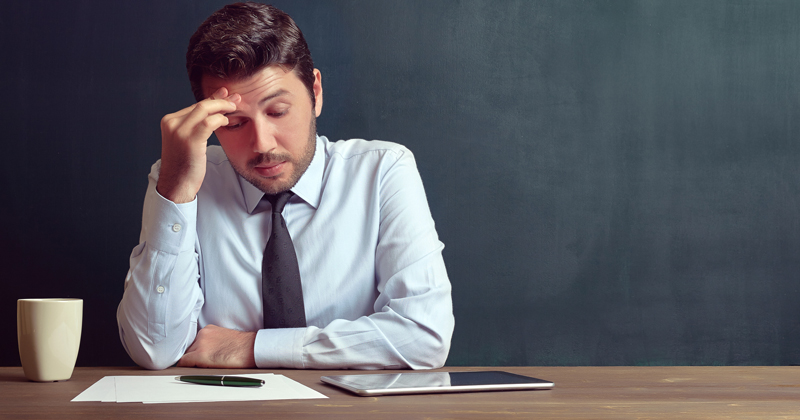 “Teachers I speak to tell me they feel abandoned”

This government has some nerve telling teachers to keep calm and carry on, writes Mary Bousted

“Tell your members to hold their nerve,” a government minister said to me last week. He understood, he added, how tired teachers are and how challenging and stressful it currently is working in schools and colleges. But the school must go on, he insisted. Circuit breakers, rotas and extended holidays were not an option.

Holding one’s nerve, I thought, would be possible if the profession felt the government was supporting it. But teachers do not feel that’s the case. Indeed, they think the opposite.

The teachers, leaders and support staff that I speak to tell me that they feel abandoned. They are exhausted. If their school is in a high Covid area they are coping with significant staff absence as their colleagues isolate. One MAT CEO told me recently that each day 10 per cent of the teaching staff are absent – either because they have Covid or because they have been in close contact with someone infected with it. As staffing budgets are decimated, school leaders abandon “rarely cover” principles and teachers lose their non-contact time.

Just working to keep a school Covid-secure adds to the workload. The time taken to supervise staggered start and end times and lunchtimes, to keep pupil bubbles separate, and to supervise hand washing for primary school pupils, builds up.

Coping with rising levels of poor pupil behaviour adds to the exhaustion as children and young people express, in school, their anxieties about family breakdowns, parental financial worries and their own fears of catching the virus.

There is a keenly felt anger at the government’s disingenuousness

Then there is the requirement to provide remote learning for pupils who are isolating, on top of a full teaching timetable, using IT platforms that are unfamiliar and on which few have been trained.  There is a keenly felt anger at the disingenuousness of a government which promised schools laptops for disadvantaged pupils, only to renege on that promise at 5pm on the Friday before half-term. Perhaps someone in government thought that was a good time to bury bad news…

These pressures are compounded by the belief many education professionals have that their workplace is not safe enough. These are particularly acute in secondary schools and sixth-form colleges which are packed full of pupils who, SAGE now tells us, can transmit the virus.

Uniquely, education staff are working in crowded places, with inadequate ventilation and cleaning, without social distancing, and with mask wearing only in communal areas. These are good conditions for viral transmission – which could explain why attendance rates among secondary school pupils are declining so rapidly. Nationally last week 22 per cent of secondary-aged pupils were absent. This rate will be much higher in areas of high infection.

Holding your nerve would be a huge ask in these circumstances even if the government was showing its support in real and practical ways. But it is not doing that. Rather, ministers are holding their hands over their eyes and putting their fingers in their ears.

Their mantra, that things are challenging but we are all doing jolly well, convinces no one, least of all those teachers taking GCSE and A-level classes who want to know, now, what is going to happen to their pupils taking these exams. If they are working in a school where year 11 and 13 have had to isolate repeatedly, they are worried sick about how they are going to cover the syllabus.

A competent government would have predicted these problems and acted quickly to find solutions. It would have supported the profession with deeds as well as words – which are cheap.

This government has done none of these things. It should be ashamed of itself.