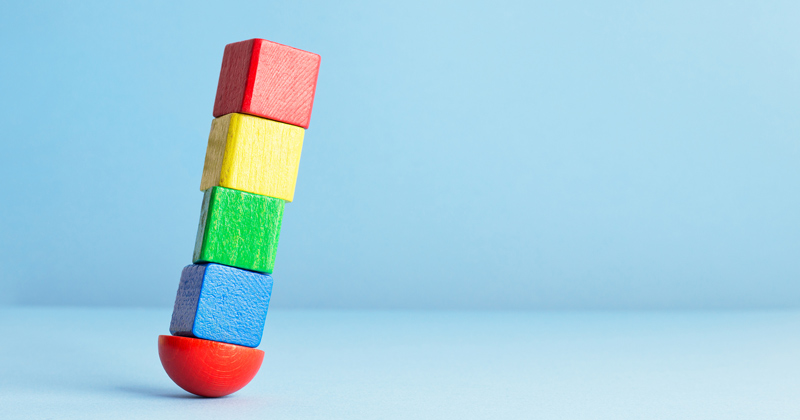 “Does the benefit of this change outweigh the workload burden of implementing it?”

The review of early-years assessment has morphed into a review of the curriculum by the back door, argues Beatrice Merrick

Following apprehensive rumblings on social media about the review of the early-learning goals, it’s no surprise that the DfE orchestrated a chorus of positive comment to greet the minister’s announcement of the draft revisions.

Headteacher Clare Sealy says she’s sure that some will be upset about the new proposals, but doesn’t know why. I’m not upset, but for me, the current draft can’t be rated higher than “requires improvement”. Neither I nor other concerned colleagues are “nay-sayers”, as we were pejoratively painted. We just think this is too important to get wrong.

The children’s minister Nadhim Zahawi linked the changes to reducing “the burden of paperwork”, and it’s good that the DfE has recognised workload as an issue, and the need to communicate more clearly about tackling excessive data collection.

But this doesn’t require a single change to the ELGs, so let’s be clear that redrafting ELGs and the statutory framework is not itself driving down workload. Quite the contrary, as the entire early-years sector will need to familiarise themselves with all the changes to the ELGs, and revise their practice accordingly. If the DfE really wants to minimise workload, it needs to ask itself, for each ELG, “does the benefit of this change outweigh the workload burden of implementing it?”

For example, we are told that removing the ELG on shape, space and measure doesn’t matter because it is still part of the curriculum, but the educational programme now makes no mention of this vital aspect of mathematical learning. Not only has the technology ELG been cut, astonishingly, any mention of it has disappeared from the curriculum.

Our concerns lie also with the detail. One of the main problems with the existing ELGs is that the requirements for literacy and maths are wrongly pitched. Rather than reflecting typical learning and development at the end of reception they represent an inflated set of expectations, and the average scores on these ELGs at national level are consistently lower than the other ELGs.

If similar mistakes are made with the redrafted ELGs, we are setting children up to fail and will see the attainment gap widening for children from disadvantaged backgrounds, summer-born children, boys, children with SEND and with EAL. The new focus on communication and language gives welcome recognition to a key issue, but it is hugely let down by ELGs drafted without a clear understanding of how language and communication actually develop.

That is why it is particularly disappointing that the job of redrafting the ELGs was not given to people with real expertise in child development and of teaching in the reception year, who have an in-depth understanding of why they were originally formulated as they were, after extensive consultation with the sector, and drawing on all the latest research at the time.

With respect to those on the advisory panel, there is no other organisation with the collective expertise of Early Education in relation to the EYFS, and it is extraordinary that we were not included on it. We’re glad that the DfE has engaged us in dialogue when we raised our concerns; the draft ELGs have incorporated quite a few of our suggested amendments.

But there remain many significant changes that still need to be made. We’ll share our comments on these with the sector to make this a learning conversation, which hopefully results in the revised ELGs being as good as they can be, and ensures the EYFS remains a world-leading curriculum for the early years.