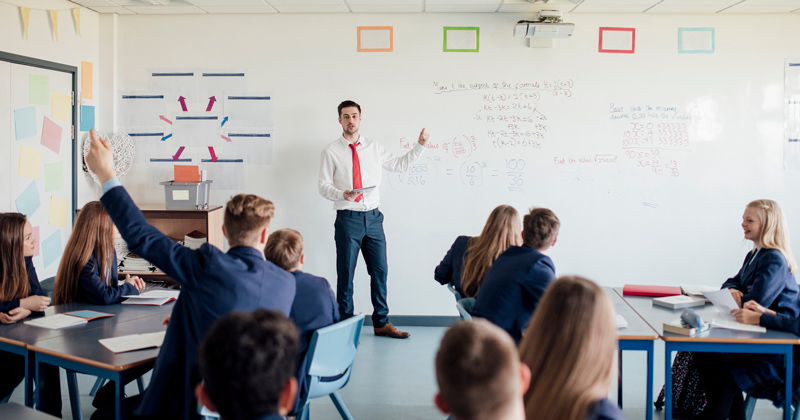 Schools should only be rated ‘good’ or ‘outstanding’ if they demand “higher standards of behaviour” from their pupils, the right-leaning think tank Policy Exchange has said.

In It just Grinds You Down, Policy Exchange head of education and culture Dr Joanna Williams warns of a “crisis in authority” in schools. She claims the idea of the authority of teachers and submission of pupils “came to be considered at best unfashionable”, and at worst “dangerous”.

As well as changes to Ofsted’s inspections, the report demands updated teacher and school leadership training, and that schools adopt clear policies on smartphone use. The findings have been backed by Damian Hinds, the education secretary.

It follows a number of announcements on behaviour issues by the government, and comes amid a growing debate over whether schools should use “no-nonsense” behaviour policies.

In October, Damian Hinds announced plans for the first review of government behaviour guidance in three years, along with £10 million in funding over two years for schools to share best practice.

The government has also released new mental health and behaviour guidance, as well as advice on supporting vulnerable pupils, which urges schools to consider the underlying causes of poor behaviour.

The latest official exclusions data shows persistent disruptive behaviour was the most common reason for permanent exclusions, accounting for 36 per cent in 2016-17.

In her report, Williams warns that despite more schools now embracing a stricter approach, the old view continues to be “cultivated in university teacher training departments and through influential voices within the teaching unions”.

She pointed to the “public shaming” of Ninestiles school in Birmingham over its silent-corridors rule as an example.

Research by Policy Exchange found 80 per cent of secondary school teachers think low-level disruption is a daily occurrence and 54 per cent think it affects pupils’ education.

As part of this approach, Ofsted should check not just a school’s behaviour management policy, but also that it is being implemented at a top level, before handing out top grades, Williams said.

School leadership training should also make “explicit reference” to the headteacher’s responsibility for the behaviour of pupils, and teaching unions should provide clear statements to members about their right to support on behaviour management from senior staff.

Finally, schools should have a clear policy on smartphone use that “either restricts devices from schools altogether or limits their use to clearly delineated times”.

It noted there is “growing support” for far stricter behaviour management policies, but it added zero tolerance policies were occasionally thought to lead to “silly or overzealous outcomes” – for example, one-hour detentions for not having the right pen or sharpening a pencil into the wrong bin.

‘My child was supposed to go...