Schools with resource units for special educational needs pupils are incentivised to off-roll youngsters halfway through the year because they can keep the £10,000 allocated to them, a SEND expert has warned.

Justin Cooke, policy and public affairs manager at Ambitious About Autism, told the Commons education select committee this morning that cash-strapped schools can push out SEND pupils but keep their high needs funding from the local authority.

Mainstream schools have to meet many of the costs of SEND pupils themselves and only get top-up funding from councils – but mainstream schools with SEN units can be funded at £10,000 a year per place, the same as in special needs schools, government guidance says.

This means schools with resource units get the £10,000 place funding “no matter what”, Cooke told the Commons education select committee today.

The situation means if a school “off-rolls a pupil halfway through the year, they carry on getting that £10,000,” he explained. 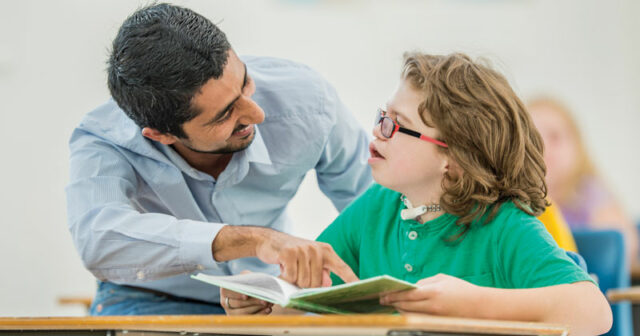 “If you’ve got a budget that is so tight you simply can’t pay teachers, there is an incentive there to off-roll or exclude.”

It follows similar concerns in a government report last week that schools are also incentivised to permanently exclude rather than suspend pupils for bad behaviour because the council must then pay for their provision.

Mainstream schools without resource units are also incentivised to exclude a SEND pupil, added Cooke, because if the pupil goes to a special needs school the council will have to fund them instead.

Government data shows the number of pupils with a statement of SEND or an education and health care plan (EHCP) who were “awaiting provision” – meaning they want a school place but are not in school – soared from 1,710 in 2016 to 4,050 last year.

That’s an increase of 137 per cent. In the same period, the number of pupils with SEND permanently excluded from school and not placed elsewhere rose from 39 to 102.

Speaking at the SEND funding hearing this morning, MP for Gateshead Ian Mearns asked whether school approaches to off-rolling pupils depended on whether they have an “inclusive ethos”.

If a school off-rolls a pupil halfway through the year, they carry on getting that £10,000

Cookie replied that some school leaders may be acting out of desperation because of a lack of funding.

Later in the session, Helen Wallace, headteacher at the Thameside primary school in Reading, said her school has five per cent of pupils with EHCPs and is left short by £180,000 in funds from the council.

“In reality the children that we’ve got cost a lot more” than the money allocated to them by the council, she explained.

One of her high needs pupils costs the school £30,000 from its general budget, but is funded at half of that.

“So the impact is on the other children,” said Wallace.

Another issue raised with MP was councils delaying sign-off on EHCPs and the money attached to them so the council don’t have to fund too many pupils in one financial year.

Councils are legally required to issue an EHCP within 20 weeks of the initial request.

But last year the local government and social care ombudsman Michael King warned SEND pupils are missing out on places in schools due to the long delays involved in the process.

Many local authorities “will try and put off giving out that EHCP” in order to push the process into the next financial year “so the council can try and find the money then” said Cooke.

Local authorities are using EHCPs as a “gatekeeper” to funds while schools and pupils are forced to wait, he added.