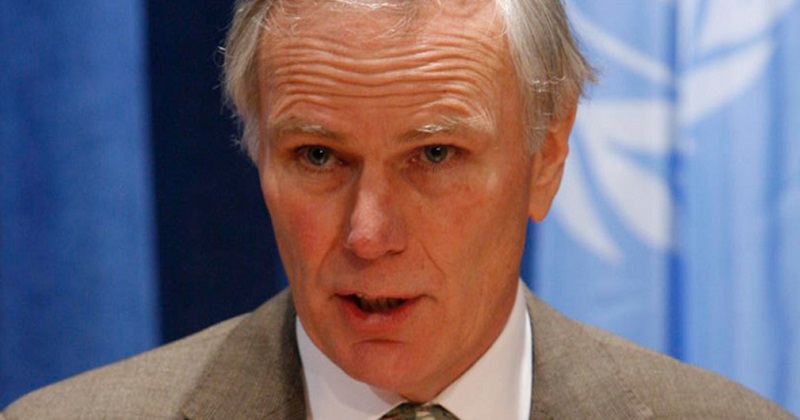 The costs of austerity in the UK have fallen “disproportionately” on children, leaving them hungry at school and forcing teachers to collect food and send it home with their pupils, according to a United Nations poverty expert.

In his damning report, Alston warned that children are “showing up at school with empty stomachs, and schools are collecting food on an ad hoc basis and sending it home because teachers know that their students will otherwise go hungry”.

It follows warnings from the National Education Union earlier this year that pupils eligible for free school meals are missing out because their parents don’t sign up. It also comes as the government faces increasing pressure to tackle a growing problem with food poverty and holiday hunger among children.

During his visit to the UK, Alston met “children who are growing up in poverty unsure of their future, young people who feel gangs are the only way out of destitution, and people with disabilities who are being told they need to go back to work or lose support, against their doctor’s orders”, he said.

He warned that “great misery” has been “inflicted unnecessarily…on millions of children who are being locked into a cycle of poverty from which most will have great difficulty escaping”. He noted that more than 500 children’s centres have closed in the past eight years and that more than 340 libraries shut between 2010 and 2016.

“Local governments are even struggling with the basic services they are statutorily obligated to provide,” he warned. “Northamptonshire County Council has twice this year issued a formal notice indicating that it was at risk of unlawfully spending more than the resources it has available.

“As a result there are concerns that hundreds of vulnerable children are at greater risk of harm due to rapidly deteriorating frontline child protection services.”

His warnings follow calls from MPs for extra funding for councils to tackle holiday hunger. The cross-party all-party parliamentary group on hunger said last year that an extra £100,000 per authority would end the problem for good.

“For almost one in every two children to be poor in twenty-first century Britain is not just a disgrace, but a social calamity and an economic disaster, all rolled into one,” said Alston.