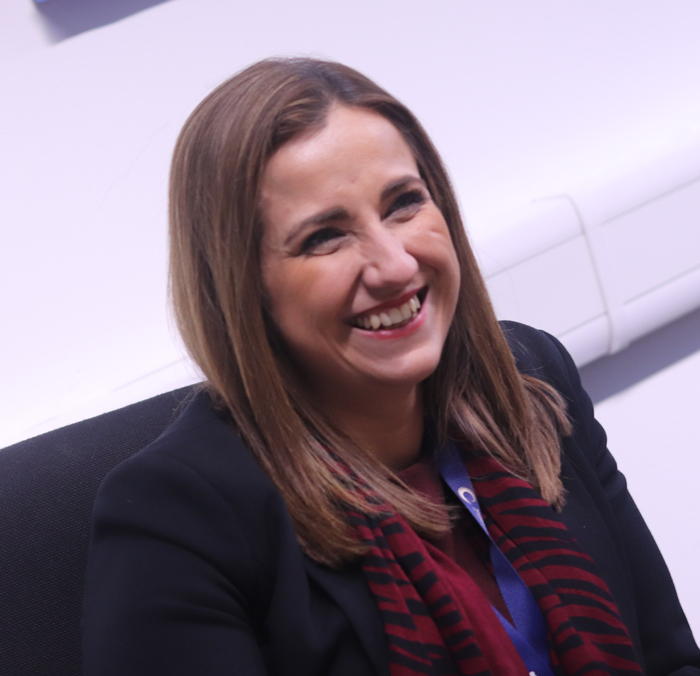 “You can’t ignore the statistics. For people from disadvantaged backgrounds, it’s more difficult to succeed.”

Perhaps the importance of place isn’t talked about enough in respect of leadership. We hear a lot about community, but seldom about belonging. For Natasha Ullah, after years of commuting from Swindon to Reading, the opportunity to move her family to Dorset and secure a foothold by the sea was the chance of a lifetime.

“Living down here is a bit of a dream. I actually told the students in assembly that I’ve chosen to live where you’re from, and I’ve chosen to stay here for the rest of my life, and they all looked at me with a strange look.”

The new headteacher of Magna Academy knows what she wants and has the endurance to get it, and those may be the very characteristics that got her the job. Securing the headship of a school twice rated ‘outstanding’ by Ofsted in 2015 and 2019 is intimidating enough. The fact that it is Ullah’s first only adds to that.

But Magna Academy has also courted critical headlines, and taking the helm from the controversial previous head, Richard Tutt, is not an easy gig. A year ago this week, Schools Week revealed that the Aspirations Academy Trust school had kept its Ofsted grade despite “exceptional levels of pupil movement”. At the height of public outcry about off-rolling, and after the regulator had vowed to crack down on the practice, Tutt (one of many to have been labelled “Britain’s strictest headteacher” for his no-excuses policies) explained that pupil movement was down to pupils’ inability to hack the school’s “high-expectations approach to learning”. Ofsted accepted this, finding “no hidden agenda” and “no sense of any inappropriate movement” in an inspection triggered by the local council in response to complaints from other headteachers. 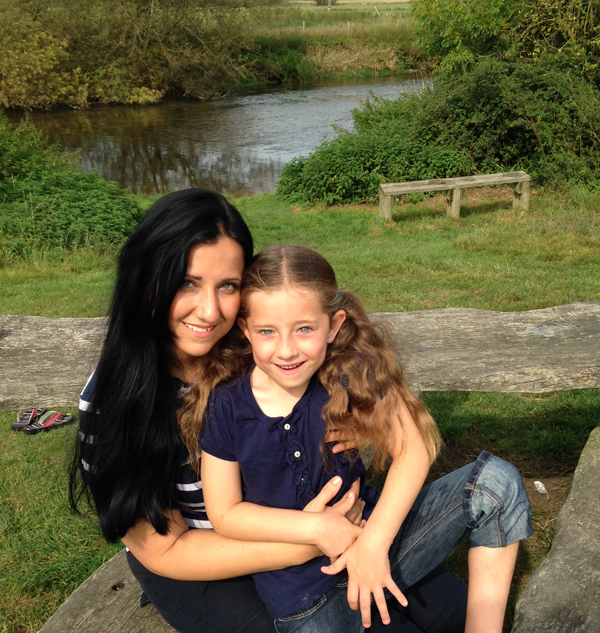 Tutt has since moved onwards and upwards, becoming executive principal for United Learning Bournemouth and Poole’s cluster, and part of Ullah’s role must be to improve “issues with relationships in the community”, especially with other local headteachers.

Her sense of belonging here seems a good foundation to build on, and her background has led her to adopt a less controversial stance. “I’m quite positive and pragmatic,” she says. “The mantra here used to be ‘no excuses’. I think really the mantra probably should be ‘there are barriers, but let’s get over them together and then succeed’.”

It’s a marked change from her predecessor. Gone are silent corridors, and when I visited Magna in February, Ullah showed me around a large area of the school that was lying under-used. It has now been revamped into the “Phoenix Centre”, a dedicated space for student support services. The only reason it hadn’t already opened its doors was a lack of qualified personnel to staff it. (The 2019 Ofsted ‘outstanding’ report highlighted that the SENCO at the time was not fully qualified, and this is also being rectified.)

Even early in my career, I was keen to keep subjects and not dumb things down

Ullah’s first leadership position came just two years after completing her GTP at high-performing Windsor High School in Halesowen, just half an hour from Small Heath, where she was born. She was appointed lead teacher of history at The John Madejski Academy in Reading, where she quickly climbed the ranks to become head of sixth form, then assistant principal and finally vice principal between 2008 and 2014. Upon initially taking up the post though, Ullah discovered that things weren’t quite what they seemed.

First, though nominally lead teacher of history, she found the curriculum was designed in a way that meant history was not taught as a separate subject but as part of a “rolled-up humanities mush”. Then, her first staff meeting delivered a shock. “I sat down and the headteacher, who I’m very good friends with now, said, ‘We’ve done the best we’ve ever done: 17 per cent for English and maths’, and I just remember thinking ‘that’s really low, but they’re really happy’.”

The experience was a formative one in many ways. It gave Ullah a deep sense of the importance of curriculum. “I remember someone saying to me, ‘oh, we shouldn’t be teaching them history, they need more literacy’. I went home thinking ‘why can’t I do both?’ Even very early in my career, I was really keen to keep subjects and not dumb things down but to adapt it for the students in front of me. When that worked, and they loved history and it was improving their literacy, it strengthened my resolve that you’ve all got to have the same opportunities.”

Within two months in post, she had disaggregated the humanities curriculum and John Madejski had its first history GCSE group in years. It had been taken off the school’s offer because the last group had entirely failed to gain a qualification.

Promotions followed in recognition of her work ethic, but Ullah recognises that she has also been “fortunate to work with people who have been able to see what I could do and given me the opportunities to do it”. That sense of seeing the potential in others, trusting them with responsibility and expecting nothing more than “to be the best that you can be” informs not just her teaching but her leadership style too. And it very much reflects the way she was raised, as an only child.

Ullah’s father was a train driver and her mother “became qualified through experience” in accountancy. Neither had furthered their education. “Growing up, we didn’t have a lot of money. But my parents worked incredibly hard to make sure that my house was filled with books. My dad is a great reader. He loves history and politics.”

She went on to get a joint-honours degree in modern history and political science from the University of Birmingham. “From really little I remember being told education is super important. And it was always an expectation that I would go to university. Never ‘you have to do this subject’ or ‘this career is better than anything else’. That was always very open. But you absolutely have to do your best. And I think that’s where that high expectation comes from because I’m the same with my children, and I’m the same with my students.” 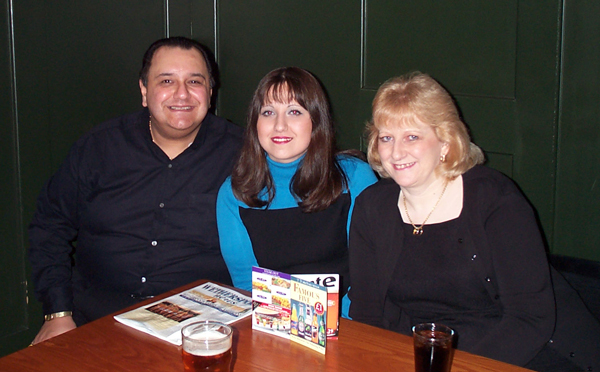 Ullah also knows how fortunate she is to be so well supported. Her parents moved to Dorset to be close to their three grandchildren, and when she separated from her husband they moved in to ensure she could pursue her career. It has also meant she’s managed to keep working through the Covid crisis, knowing that her children’s home learning was in good hands.

The value of that support in empowering people to ‘be the best they can be’ is something Ullah experienced first-hand working to raise standards in Reading too, and it’s a key reason why the idea of ‘no excuses’ doesn’t sit well with her.

“You can’t ignore the statistics. For people from disadvantaged backgrounds, it is more difficult to succeed. It is complex. And it’s difficult. Sometimes it’s cyclical, and [it’s a question of] breaking that chain so they are doing something different to what their families have done before, and also taking the parents along with them. I’ve had numerous conversations with parents where initially they’re quite against an apprenticeship or further education. And then when the kid’s successful, they come back and they say, ‘Do you remember that conversation we had?’”

After John Madejski, Ullah spent five years as deputy headteacher of another Dorset school, Thomas Hardye in Dorchester. She has been in post at Magna for only 21 weeks, and 11 of those have been spent dealing with the local impacts of a global pandemic.

If these things aren’t discussed then nothing will change

One positive off-shoot is that the response has had to be local and collaborative, and relationships with other schools and the community more broadly have already improved. But as this piece goes to print, barriers to success for disadvantaged groups dominate the headlines, whether that’s lack of access to technology for home learning or systemic racism.

Ullah is already ahead of the curve on both counts. The Phoenix Centre is now open to help students close learning gaps, and when it comes to racism, she has recent first-hand experience of its perniciousness. Her grandfather is Bangladeshi and, when she was announced in the Bournemouth Echo as the south coast’s first BAME headteacher the article was met by a stream of racist comments from that paper’s online readership. Driven to improve discourse, she and her team have reviewed Magna’s curriculum.

“We have made some big changes with personal development and actually carving out large chunks of time every single week to be tackling these exact things. If they aren’t discussed and students are left to toil with it themselves, then nothing will change.”

Of course, there is a long way to go before the true impact of Ullah’s leadership can be assessed. She freely admits that local cooperation hasn’t yet meant partnership work with local alternative provisions, for example, but the changes she is putting in place represent a different commitment to the whole community.

And why wouldn’t they? It is, after all, the community she has decided to make her own and her children’s.