Dan Morrow has helped to kickstart a leadership network with a twist. JL Dutaut finds out why

On paper, the odds were stacked against Dan Morrow ever becoming a MAT CEO. In fact, were he a child in one of his own schools today, he would be one of the disadvantaged children everyone across the school system is concerned about.

But Morrow is not alone in his scepticism about the educational powers that be. “Let’s face it, there are a number of civil servant-type chief executives who see their role as taking what’s handed from the department and enacting it entirely. But there’s also a different strand who think our role, especially as charity leaders, is to be public servants with and for our communities, and that isn’t necessarily going to marry up to a civil servant’s view of the world.”

How can I be a public servant if those I serve are forgotten?

A network of these public service-minded educational leaders has recently coalesced around him under the banner of the Educational Leadership Collective (ELC). Only a matter of weeks old, it is already getting daily blog contributions, organising Twitter chats and running ‘collective listening month’. “We’ve got over 300 different contributions from across education. Nursery heads, FE college leaders, MAT chairs, CEOs, commentators on diversity and inclusion. It’s a genuine platform and what I love is that there are lots of people who don’t always agree. That’s great, because that means there’s maximum chance to find a genuine consensus.”

This fledgling network is designed to become self-sustaining. Come September, Morrow says, he and its kick-starters will step back to let it become whatever it needs to be. It’s part of an attitude to hierarchies that runs deep in him. “If you’re trying to change everything and you just go to your bubble, what’s the point? All you’re doing is a turgid exercise in self-indulgence.”

So how does a person so averse to monocentric leadership come to be a CEO? It would be an easy cliché at this point to fall back on results to justify Morrow’s position and effectiveness, but it wouldn’t be a fair characterisation of his own motivations. For sure, his track record is good. Of the four primary schools dotted around Kent and the London borough of Bexleyheath that make up Woodland Academy Trust – a fifth is due to open in 2022 – three are rated ‘good’ by Ofsted, and one ‘requires improvement’. The latter was inspected last September and its report begins: “Knockhall Primary School is on the right tracks. Frequent changes of leaders and staff have been unsettling for everyone. The school is now more stable and a much happier place. The community is coming closer together.” 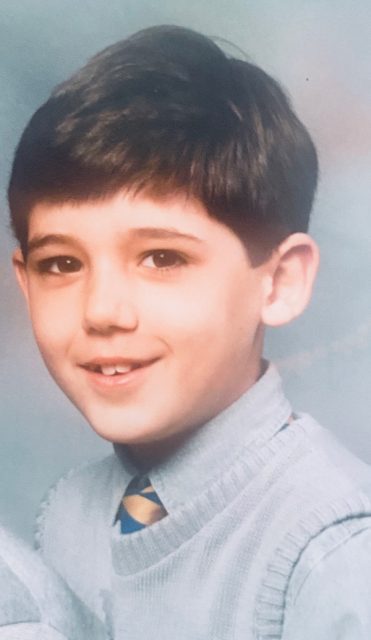 Its predecessor, Knockhall Community Primary School was put in ‘special measures’ in 2013. Academisation followed, and a rebrokering process within a couple of years saw the school finally join Woodland in 2017, the same year Morrow did. A turnaround is clearly underway, and reports for all Woodland schools are equally positive, but regardless of Ofsted outcomes Morrow will be most cheered about the centrality of community to that turnaround and Ofsted’s ability to recognise it. That, above all else, is what drives him.

For the first part of his life, Morrow was raised in an unhappy household. His father, suffering with addiction, was frequently violent and abusive. “Up to about nine years old I basically didn’t speak ever. I used to wet myself in class a lot and was incredibly anxious.” When his parents divorced and his mother, Pauline developed cancer shortly thereafter, his maternal grandfather became a father figure for him. “He was an Irish immigrant, a northerner who had passed his 11 plus, but he wore clogs so he couldn’t go to his school because he didn’t have shoes.”

Under his and Pauline’s influence (she made a full recovery), and released from the traumas of their previous existence, Morrow too passed his 11 plus. Thanks to family sacrifices, he succeeded at grammar school despite never having the same things as his peers (and being made to feel it). He secured a place on a history degree at Oxford University and from there launched his first successful career, starting as a trainee chartered accountant for KPMG. Before completing that traineeship, he’d been headhunted by one of his clients, Warner Bros and found himself working post-production on Harry Potter and the Prisoner of Azkaban. From there, Morrow worked on a number of big screen hits including The Hitchhiker’s Guide to the Galaxy and Pirates of the Caribbean.

But an oft-repeated mantra of his grandfather’s had stuck with him. “You’re a bright kid and you’re going to climb the ladder, so don’t pull the ladder up after you and understand that you have to become a ladder.” Used now to earning well and spending to match – he also looked after his mother financially – Morrow felt unfulfilled by his lifestyle.

The opportunity to ‘become a ladder’ presented itself, as it is wont to do, in the form of a Daily Mail headline. “It named and shamed the ‘10 worst schools in the country’, so I wrote to them and asked if they wanted a trainee teacher.” Ashburton community school in Croydon replied and that September, he began a graduate teacher programme in history.

Morrow quickly learned the challenges of education in a deprived community. He learned too to overcome his reservations about academisation, and still praises the open and reflective leadership of the founder of Oasis Charitable Trust, which took over the school. “Steve Chalke and Joy Madeiros had ethics and values that you can only dream of,” he says, “and they shaped a lot of how I now lead. I don’t have the same faith, but their belief in every individual’s ability to accept difference was transformational for how I could see people running academies and the potential for it.”

At Oasis, Morrow was off on a second successful career run. “By 2013, I was the head of the secondary aspect of Shirley Park, a school that had been in trouble for 20 plus years. They’d been merged with a junior school which was in special measures, which merged with an infant school that was in special measures. In four years, all together, we were outstanding in every category.”

Having proven himself, Morrow was then asked by Oasis to take the helm at Isle of Sheppey, a school that has obstinately clung to its ‘requires improvement’ judgment since 2013. “Then I was looking to leave Oasis, and the primary school I attended as a kid, Skinner Street, went into special measures. So [Oasis CEO] John Murphy had a conversation with me to say ‘I didn’t think you’d be happy if I didn’t ask you’. And so I got to go run a school where my mum lived opposite. I’d been in the same playground. I’d got my first merit in the school hall. I had two TAs who remembered me.” 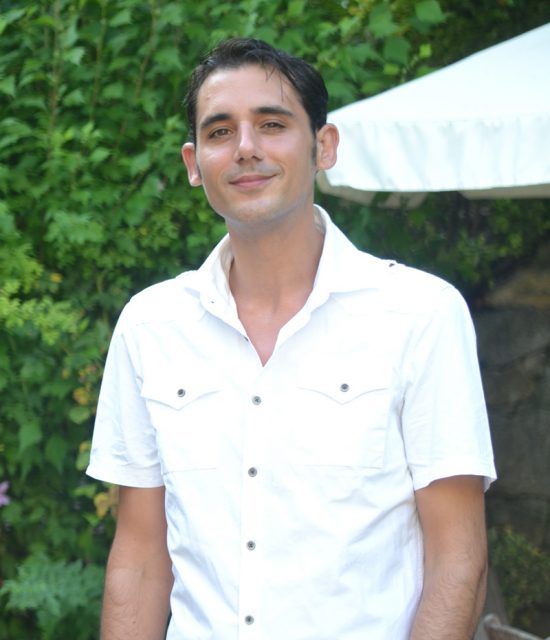 Within 12 months, Skinner Street was ‘good’ in all areas. “It was a reminder that sometimes in education, you just need to know your community and be part of it. You need to have walked in their shoes, to have gone without, to know that when that mom is absolutely screaming at you it’s because something else is going on.”

Having overseen the turnaround of Skinner Street, Morrow decided it was finally time to move on from the trust. “I thought it’d be quite nice to sort something out and then stay there and enjoy it.”

Since 2017, he’s been heading up Woodland Academy Trust. “It was the first and only thing I’ve applied for. I went to the interview and I just connected. I love it.” Of the role, he says: “The absolute truth is you get to make sure that all of the shit that gets in the way doesn’t happen. And that’s amazing. The power to say no. No, that’s crap. No, I trust you. No, I don’t care about monitoring. Nope, nope, nope, nope, nope.”

It’s a typically provocative take on the role, but Morrow is not here to ingratiate himself or lecture others about their bootstraps. He’s here to be a ladder, and the pandemic has only made him more determined.

“The corner of the carpet is lifted, and everyone can see what’s underneath it. If I can’t speak up for my communities then I’m failing in my job. And if we don’t make a change then I will continue to fail in my job. Because how can I be a public servant if those I serve are forgotten?”

The odds may be stacked against him, but that hasn’t stopped him so far.