Tom Leverage, executive principal at Cardinal Wiseman School, has many strings to his bow. He’s worked in everything from the private, state, and special educational needs schools sectors before his current post at a Catholic academy in a deeply deprived part of Coventry. He moved from the well-known Ampleforth College to two more independent schools before leaving to become headteacher at a school for pupils with social, emotional and behavioural difficulties in Norwich and then taking another headship in the city.

Some may recognise him as the principal later employed by the Inspiration Trust, under Dame Rachel de Souza, to lead one of the trust’s most controversial and challenging takeovers in East Anglia, the Hewett Academy. Standards rose and, a year after he left, the school was graded ‘good’. He’s even had the obligatory tabloid article about his introduction of “silent corridors”.

Yet despite this rapid rise up the ranks and multiple successes, it is a small programme involving no more than 60 pupils in his current school, which he joined in 2017, that he calls, “without a doubt, the absolute high point of my career”. It’s a study programme for refugee, asylum and migrant 16-year-olds in Coventry, all of whom have English as an additional language (EAL), and whom the local authority desperately needs school places for.

This is a high-risk age for them, and they can easily be lost in the system

Leverage is self-effacing – a basic version of the programme existed before he arrived – but under his leadership, and with the drive and enthusiasm of his staff, it has become a central part of the school’s work. The academy has now achieved “School of Sanctuary” status, a designation which means it offers training for staff and learning activities in the curriculum about refugee, asylum and migration issues, thereby “fostering a culture of welcome and inclusion” particularly for those groups. But why, as a new headteacher, give yourself the extra work when your school is struggling?

“When I arrived, Cardinal Wiseman was in a really challenging place,” says Leverage. “It had been graded ‘inadequate’ for some time and there was well-publicised debt. Of course one of the first things we did was look at the sixth form provision.” He and his committed head of languages, Gosia Williams, talked to the local authority and discovered Coventry was a “City of Sanctuary” for refugee families.

“The LA told us that the need for places for these pupils was just growing and growing. Finance aside, we decided it was the morally right thing to do.” A foundation course for EAL pupils within the school was scaled up to become a tailor-made, two-year course for 30 refugee and migrant pupils from Syria, Iraq, Vietnam and elsewhere beginning in year 12. “They’re some of the most vulnerable children in society.”

Although there are plans to expand the programme into year 11, Leverage is clear why its priority has to be years 12 and 13. Whereas pupils from the Middle East and elsewhere who join lower down the school soon pick up the language and acclimatise, teenagers need urgent and specific intervention, he explains. “They come as sixth formers and then in two years they’ll be adults and they’re into the system.” 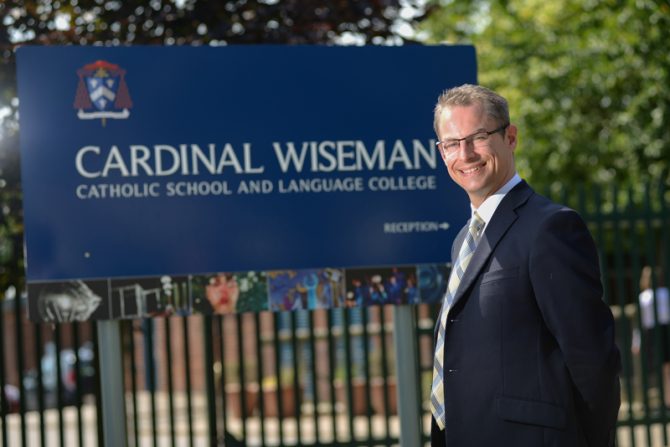 The public also treats younger pupils of 13 or 14 more with more forgiveness if they don’t seem to understand how to make their way around society, he adds. “Something as familiar as getting on a bus and being told ‘just give me 20p’ can be confusing, and a member of the public will be looking at them thinking, ‘what’s going on, he’s 16 years old?’ The biggest challenge these older pupils face outside the school gates is they look like any other teenager in England. But they’re not, they’re still working it all out.”

Leverage points out that colleges, with perhaps thousands of pupils, can be especially daunting. “This is a high-risk age for them and they can easily be lost in the system.” That’s also why the programme teaches not only foundation maths and English, but a “humanities” course – a kind of cultural studies offer. “The government might call it ‘British values’ but really it’s to give them a sense of identity,” says Leverage. “It’s a core programme about what you need to know about British society, like what Big Ben is, the London underground, what black cabs are. Black cabs were designed in Coventry and they’re an iconic symbol for everyone in Britain, but how do you make sure a Syrian war refugee will understand what that is?”

Leverage, unsurprisingly given his past work with the Inspiration Trust, introduced a “knowledge-rich” curriculum at the school. He notes the humanities course is “what E.D. Hirsch would have called the 100 things a pupil needs to know”. Once completed, the programme ensures pupils come out with at least five qualifications: in maths, English, a subject in their own language, a humanity and applied ICT. All pupils also do PSHE. According to Leverage, the programme has a 100 per cent success rate of pupils going onto education, training or employment.

The school itself has benefited from embracing the cultural and linguistic diversity. Now 58.8 per cent of pupils have an ethnic minority background, 40 languages are spoken, and 42 per cent of the school has English as an additional language (EAL). Investing heavily in its non-English speakers has not gone unnoticed: in 2018, Ofsted inspectors bumped the school up to a ‘requires improvement’ grade and said one of its strengths was that “outcomes in languages are exceptional. Pupils who join the school with limited English language skills are effectively supported by the languages department and make strong progress in a range of subjects as a result.” 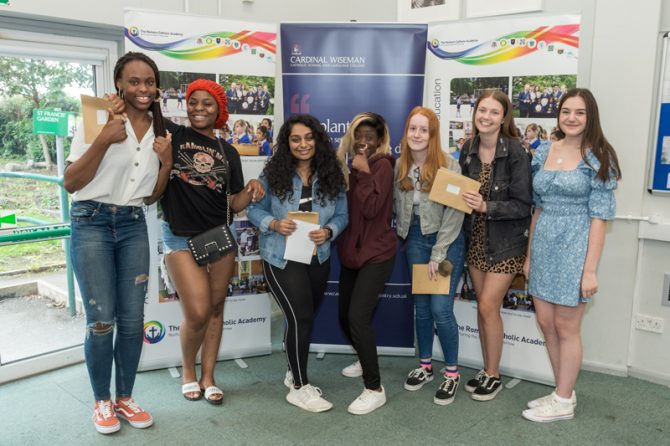 The school does see a small cash injection from taking in EAL pupils, but it’s not huge. For the first three years after entry to a school, EAL pupils bring in £1,385 extra a year in government funding at secondary level and £515 in primary. The extra cash is welcome but “doesn’t cover everything”, says Leverage, particularly when some pupils arrive after the October census that determines funding. Refugee pupils need highly-skilled linguists and translators to access lessons.

The struggle faced by schools supporting EAL pupils was outlined in a joint report by the University of Oxford, Unbound Philanthropy and The Bell Educational Trust published in February. It warned there is “huge variation” in attainment outcomes for pupils classed as EAL, partly because the EAL category itself is so broad. It captures both second and third generation ethnic minority pupils fluent in English who speak another language at home, but also “new migrants arriving in England who speak no English at all”. The authors urge the Department for Education to introduce a measure of pupils’ proficiency in English (which they call PIE) so that schools can identify pupils’ differing needs better. One hopes such a measure might also prompt more funding to come the way of schools like Cardinal Wiseman, which on paper has a similar proportion of EAL pupils as a typical London school while in reality having a much higher proportion who can hardly understand their teachers at all.

The only flaw I can spot in the school’s programme is that the students might struggle to feel integrated into the main student body. How to tackle this?

“We changed the location of the sixth form centre to the heart of the school, where the library used to be. It means sixth formers are in the centre of the school, it’s visible to everyone and it’s bubbly.” The set-up encourages pupils not to clump together and speak their first languages just with one another. “It’s also aspirational for all the other pupils in the school!” adds Leverage.

He is filled with praise for the keenness of refugee and migrant pupils to educate themselves. One pupil in particular he describes as “remarkable”. “He’s from an area of conflict in the world and he’s partially lost his sight in both eyes, so we got him a Braille machine through the local authority. When I drop in on lessons to say hello, he’s there taking his notes in Braille. I’ve never seen a love of education in a pupil like it.” For other pupils, growing up in a neighbourhood which last year ranked in the top five per cent most deprived areas, such examples will be valuable. Leverage, meanwhile, has managed to pick up the Arabic “yalla”, meaning come on or hurry up. Most useful for a head.

His only regret is that he doesn’t know more schools with School of Sanctuary status. According to City of Sanctuary, the charity which awards the status, there are 303 Schools of Sanctuary in England. A quick analysis shows some areas have many more than others: in London, only two schools have sanctuary status, whereas Liverpool (where there is a strong Catholic community) has 37, The Wirral, 22 and Birmingham, 15. Almost a quarter have a Catholic or Church of England name.

Leverage is already looking to bring the programme to another secondary school. “I can honestly say that in all my career in teaching, this is one of the very best things I’ve ever done.”

Routes to school improvement clearly lie in some unexpected places.