SEND pupils have fallen into a “spiral of decline” and are being excluded too often because a region’s authorities have failed to work together, a damning report has found.

Inspectors found exclusions of pupils with special education needs or disabilities were “too high” and the variability in quality of school provision meant “when some pupils present with challenging behaviour, this is not managed well, and their underlying need is not considered”.

Schools resort to taking action in isolation due to an “absence of suitable support from services”, the report found. A weakness in identifying pupils with SEND needs has resulted in “many pupils” going through schools in the local area with their needs unmet.

While inspectors found schools are making their own direct arrangements with charities, therapists and alternative provision, “it is not equitable across the area and further embeds fractured provision across BCP.”

Both BCP council and Dorset CCG have now been ordered to provide a written statement of action explaining how they will tackle the issues highlighted.

Ofsted previously visited BCP Council’s children’s services in October and likewise found “too many children in care being excluded from schools, and some are excluded permanently”. 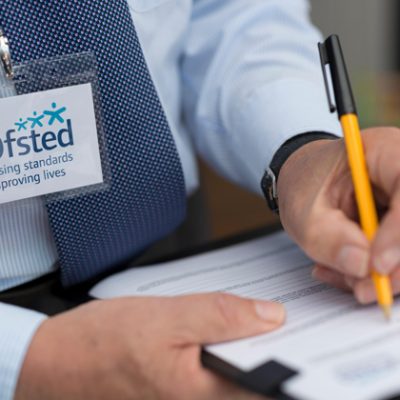 The latest report acknowledges that while leaders in the area have rightly recognise that too many SEND pupils are excluded, “there is little sign that an effective approach to tackle this has been found”.

Inspectors point to a lack of joint working between services which has led to a “spiral of decline” for SEND pupils.

In contrast, an area SEND inspection in Richmond Upon Thames, also published yesterday, praises the low rates of exclusion among SEND pupils and praises the effective support for children at risk of becoming missing from education.

Meanwhile, an inspection in Reading, published in August, highlighted the improvements that can be made through services working together, and praised “recent joint working” which improved behaviour and reduced exclusions.

Ofsted released its ‘Supporting SEND’ report in May which investigated how children and young people’s needs are met in mainstream education.

It found pupils with SEND are “not getting enough help” and specialist support from multi-agency services is “not always timely or implemented appropriately”.

Elsewhere, inspectors investigating BCP and Dorset found there were “deep cultural issues” within the local area which hampered progress. The complexity of the local government reorganisation also “consumed much of leaders’ capacity.”

BCP Council formed in 2019 to replace the previous separate borough councils of Bournemouth, Christchurch and Poole.

Inspectors found leaders’ evaluations of the area’s effectiveness “too generous” and high staff turnover leading to a lack of confidence in the area’s SEND system.

Elaine Redding, BCP’s interim corporate director of children’s services, said that the council “accepts that a major transformation programme is needed locally to make services to children and young people with special educational needs and disabilities (SEND) as strong and supportive as they need to be”.

Sally Sandcraft, Dorset CCG’s senior responsible officer for SEND, added it is “very committed to our joint work to, at pace, address the areas for improvement for children and young people with special education needs, and their families”.

Area SEND inspections are conducted to judge how effectively an area is implementing the SEND reforms as set out in the Children and Families Act 2014.