Ofsted has just over 10 per cent of its usual inspection workforce to call on over the next few weeks, meaning far fewer schools will be visited than expected.

Under new measures to limit Omicron disruption, education secretary Nadhim Zahawi announced this week that inspectors who are also education leaders will be left to “focus on their leadership responsibilities at this critical time”.

Zahawi said the change was a “temporary measure” in place from the start of this term.

Ofsted told Schools Week that it has around 1,170 contracted school Ofsted inspectors – 800 of whom are serving headteachers and senior leaders. The watchdog also clarified this week that it has temporarily agreed not to ask any OIs to carry out inspections.

Instead, it will rely solely on the 185 school inspectors who are directly employed by Ofsted, to continue conducting inspections from next week. HMIs account for just 13.6 per cent of the watchdog’s normal roster of school inspectors.

The watchdog said it would be providing additional detail about what the reduced capacity means for inspections in the coming days. But it is likely to lead to a large scaling back of visits until normal service is resumed.

Zahawi also announced that the inspectorate would be encouraging schools “significantly impacted by Covid-related staff absence” to request a deferral. Last term around a quarter of requests to defer inspections were turned down by Ofsted.

Geoff Barton, general secretary of the Association of School and College Leaders, repeated the union’s demand for all deferrals to be granted upon request.

Ofsted said it would continue to consider deferral requests on a case-by-case basis.

The watchdog returned to full routine inspection activity in September, however visits were suspended again in the final week of last term so schools could prepare contingency plans for expected Omicron disruption.

Inspections had already been paused for this week so that secondary schools could test pupils on their return to the classroom after Christmas.

Paul Whiteman, general secretary of the NAHT school leaders’ union, warned that inspections were the “very last thing schools need given the pressure they are under just to stay open and minimise disruption for learners”.

He added: “Encouraging schools to ask for deferrals of inspections is helpful but it would be even better if all uncertainty were removed by simply suspending inspections entirely this term so inspectors can return to the classroom to help the effort.”

In November, it was announced that Ofsted would receive an extra £24 million between 2022 and 2025 to speed up inspections of all schools and colleges to give a quicker assessment of education recovery.

The acceleration is not scheduled to begin until next year, with the extra cash allowing the watchdog to recruit more inspectors and manage the programme of rapid inspections.

Schools Week analysis last year identified 16 regulators in England which conducted regular inspections and assessment in their sector prior to the pandemic.

Just six of these, including Ofsted, had returned to normal inspection activity. The remaining 10 either conducted targeted and “risk-based” investigations or introduced remote measures to inspect providers.

The Department for Education said in December that providers inspected either this month or in the first week of February will be granted a 10-day extension to apply for reaccreditation under government reforms.

Impacted providers now have until February 21 to submit their applications as part of the ITT Market Review changes. 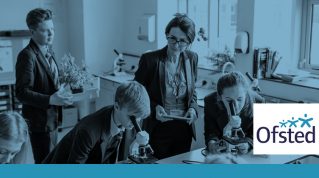 But almost half of 'outstanding' schools downgraded