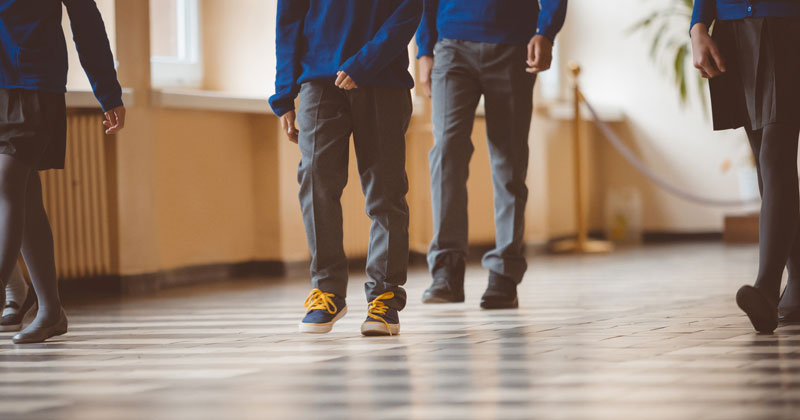 More than one in five pupils are now eligible for free school meals (FSM) following a steep rise during the pandemic, new government data has revealed.

In England, children living in households on income-related benefits are eligible, as long as their annual household income does not exceed £7,400 after tax.

As of January, 20.8 per cent of all pupils were eligible, up from 17.3 per cent last year. Overall, it means 1.74 million pupils can now claim free school meals.

While the percentage of pupils on free school meals was already increasing prior to the pandemic, the increase this year is larger. Since the first lockdown, an additional 427,000 pupils can now claim free meals.

But rates vary by region, with some areas recording around one in four pupils eligible for free meals.

The highest rates were in the North East (27.5 per cent of pupils), followed by 24.5 per cent in the West Midlands.

In contrast, just 16 per cent are eligible for FSM in the South East.

The DfE said all regions had seen an increase in 2020.

The new figures also suggest schools are potentially missing out on funding for over 100,000 vulnerable pupils after the government altered its method for calculating pupil premium.

In December last year, ministers decided to base premium funding on the number of free school meal pupils schools had in October, rather than January as it had done previously.

Today’s figures show the number of eligible pupils had risen by 103,900 between the autumn and spring term alone.

Schools Week analysis of Freedom of Information requests to individual councils estimated an additional 102,000 children became eligible during the period, meaning schools have missed out on £125 million.

The previous analysis applied a weighted average of £1,250 due to the higher proportion of primary pupils. When the same average is applied to the new data it suggests schools could stand to lose up to £129m.

Jon Andrews , head of analysis at the Education Policy Institute (EPI) , said the new figures are “further indication that the government’s change to how the pupil premium is allocated means that pupils and schools are now missing out on vital funding”.

He explained the losses impacted not only pupil premium but areas such as catch-up funding for disadvantaged pupils.

Under the DfE’s recovery premium schools will receive £145 per pupil premium eligible child – suggesting schools could miss out on up to £15 million extra funding.

“The Department for Education should now publish its analysis of the impact of this decision on pupil premium allocations and clarify whether any savings from this have been redistributed,” Andrews added.

“Whatever the motivation for this change in the rules the result is nothing short of shameful.”