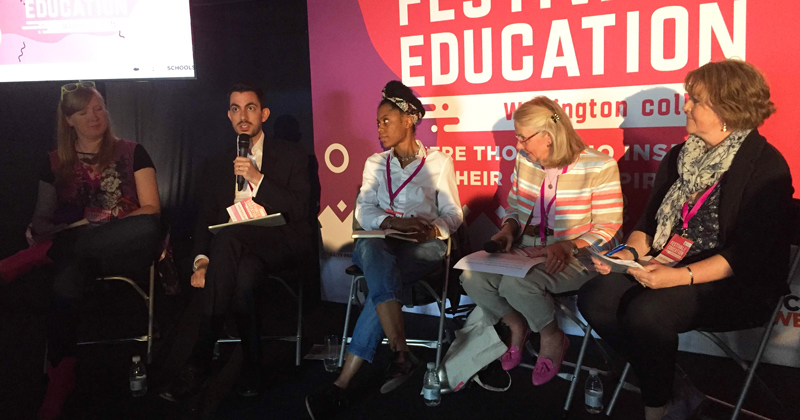 Does your school offer mentoring to staff? What difference does it make?

A panel at this year’s Festival of Education chaired by Catt Scutt, the director of education and research at the Chartered College of Teaching, discussed how to set up an effective mentoring scheme, and whether it could be the “key” to improving teaching quality.

Beware of a conflict of interests

It is important to consider the relationships between mentors and mentees in schools, according to Small.

She reminisced about establishing a new coaching programme for staff in her former role as an assistant head at Canons High School.

“There can often be an uncomfortable power dynamic in schools,” she said. “The people who coach struggling teachers are the senior leadership team. These are the same people doing their performance management, the same people who are also responsible for their pay reviews.

At Canons High School, they ensured senior leaders were not allowed to coach people they line-managed, and where possible the staff were able to choose their own mentors.

“That was super important in terms of accountability, we wanted people to be able to be vulnerable and to be able to take risks and try different things.”

Cordingley explained that any new ideas or teaching approaches on which a mentor works with their mentee need to be contextualised in order to make the most of them.

A mentor should make sure they have discussed how new strategies can be applied in their mentee’s classroom.

“It doesn’t work if it is generalised about pedagogy,” she said. “When you are mentoring and coaching you always need to be helping teachers contextualise new information about pedagogy for particular subject or issue contexts and particular groups of students.”

Mentoring someone is different to coaching them

Weston highlighted the differences between coaching and mentoring and advised delegates to consider which would be most helpful before setting up the relationship.

He explained that coaching conversations are designed to “stimulate learning and growth”, encouraging teachers to reflect on their practice and become more efficient.

You’ve got to be able to give feedback without being judgemental.

These coaching relationships can be replicated throughout a team to build rapport and encourage people to learn from each other.

“This reduces defensiveness and replaces it with real enquiry into each other’s understanding of things,” he explained.

While mentors may use a coaching style, the dynamic is different because they are typically “an expert in the domain” where the mentee is a “novice”.

The mentor must model best practice and give instructions and constructive criticism.

“That’s a real challenge,” he said. “You’ve got to be able to give feedback without being judgemental.”

The role of mentor must be respected

Schools need to recognise the mentoring role as an important one that must be taken seriously, said Twiselton.

“It is very important that being a mentor in a school is seen to be something of status and good for somebody’s own career development in terms of their CV, as well as their personal development,” she continued.

Mentors need to be given enough time to carry out their role effectively alongside the rest of their responsibilities at work, and should where possible be offered external training to ensure they are properly prepared.

Twiselton also discussed her involvement in Sir Andrew Carter’s review of initial teacher training in 2014, and said talking to trainees and newly or recently qualified teachers revealed that mentoring “is the make-or-break”.