Nadhim Zahawi faces a predicament. He wants to “scale” the academies sector and believes in the “strength” of multi-academy trusts.

But he seems reluctant to force the issue and has ruled out setting “arbitrary deadlines” for any conversion push. Instead, he wants to “move forward together” with the sector.

Some have taken Zahawi’s words at the National Association of Head Teachers’ conference this weekend as a softening of the government’s stance. His predecessor Gavin Williamson said his “vision” was for all schools to be in “strong multi-academy trusts”.

But others believe the new education secretary was simply trying to reassure an audience of (mostly) primary heads that he isn’t going to rush them into anything. At present, 37 per cent of primary schools are academies, compared with 78 per cent of secondaries.

But words, especially from a secretary of state, matter. And Conservative-led council Swindon has already dropped plans to convert all its schools on the back of Zahawi’s comments.

With the first white paper in five years promised, Zahawi is going to have to come up with a plan. The current system is fragmented and causing problems. So what does he do?

Sir David Carter, the former national schools commissioner, believes the government “doesn’t know what to do” about academisation and is not “brave enough to say ‘we are going to move the whole system to academies by X-date’”.

“The reality is that for the next ten years we will continue to see incremental change up to around 60 to 70 per cent of the system, and one day someone will have to make a decision.”

Rebecca Boomer-Clark, a former regional schools commissioner who now runs the Academies Enterprise Trust, said it was “just not sustainable” to continue running a two-tier school system. A “grown-up conversation” about the best configuration of schools and trusts was needed.

But Michael Pain, from Forum Strategy, said he hoped Zahawi’s comments “mark a shift to a more ‘hearts and minds’ approach”.

“Simply talking about the size of trusts or ambitions for how many schools join them, as we’ve seen too much of from ministers, isn’t, by itself, going to interest or enthuse any governing body, headteacher or school community.”

‘Options on table for both carrot and sticks’

The last time a government tried to force all schools to become academies was in 2016, with Nicky Morgan’s ill-fated “education for all” bill.

Jonathan Simons, a former Downing St adviser, said there was a “shared understanding in the DfE about the weaknesses of the Nicky Morgan approach”.

But there were options for a more sophisticated approach that brought together “carrots and sticks”, including raising the stakes on poorly performing schools, Simons said. Williamson announced in April he would consult on bringing schools with three consecutive ‘requires improvement’ Ofsted ratings into MATs.

Simons said other options included working with “supportive” councils, and coming up with a plan “in partnership” with the Church of England and Catholic church.

Leora Cruddas, from the Confederation of School Trusts, also favoured working with councils and encouraging schools to be proactive, but cautioned against forced conversions.

‘Another ten years to complete reforms’

Although 39 per cent of all schools are academies, 52 per cent of pupils attend the schools.
“It’s taken ten years to get to half of children educated in our sector,” Cruddas said. “The horizon to complete those reforms is another ten years, 2030.”

But Tom Richmond, a former DfE adviser and head of the EDSK think tank, said academisation had “increasingly become viewed as the end rather than the means”.

“Without a clear articulation from the government, supported by rigorous research that shows how and why academisation improves teaching and learning, then it is unlikely that local councils, governing bodies and school leaders will be persuaded that this time will somehow be different.”

Ministers also continue to face opposition from unions and campaigners.

“Contrary to government claims, [they also] lose autonomy as they become absorbed into ever larger and more centralised chains.”

“And when public spending is facing significant cuts, making academisation the default option for schools, regardless of local opinion, is not an appropriate use of public money”.

A spokesperson said the DfE “remain[s] committed to moving towards a school system where every school has the benefits of being part of a family of schools in a strong multi-academy trust”. 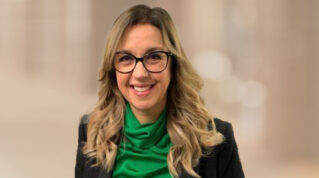 Staff have been told that Jane Millward, chief executive of the 28-school trust, is 'away from work'