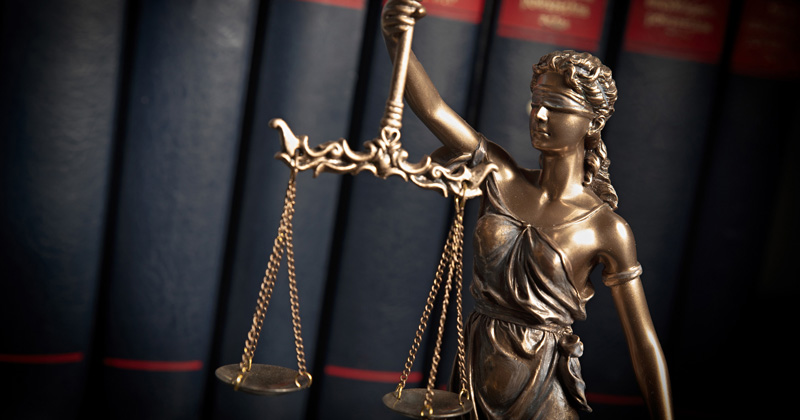 “I aim to have a voice – I want to be heard on behalf of all students who have been downgraded.”

That’s the emotional plea from one of the six pupils pursuing judicial review of exams regulator Ofqual over failings in its process for awarding A-level results.

The first formal step in the legal challenge, led by the Good Law Project, has now been taken with a pre-action protocol letter issued.

If you don’t go to a successful school you don’t deserve to succeed either. It’s not fair

Lawyers argue that Ofqual, through its results algorithm, has breached its obligations to “promote public confidence in regulated qualifications” and ensure they are a “reliable indication of knowledge, skills and understanding”.

“How can an algorithm know the real person, work ethic, no social life and actually know how much effort we put in … it can’t,” said Chloe. “I want justice for myself and all students in my situation.”

The London student, who has special needs, was given teacher grades of ABB, but after the standardisation process was awarded calculated grades of BCD.

The D grade was in the subject that Chloe was projected an A, and she’s waiting to hear if she will be accepted onto her degree apprenticeship (which required at least BCC).

Michael, another of the claimants, had centre-assessment grades of BBB that got downgraded to EEE.

The 18-year-old, whose father is a security guard and mother a carer, has missed out on a place at his first choice university, with the Good Law Project saying his school is “not in a position” to appeal the grades.

“To see that I was awarded 3 E’s, knowing that I am more than capable of achieving better results was very disheartening,” said Michael. “This injustice cannot and should not stand, and we are urging the government to rethink this decision.”

Charlotte looks like missing out on a place this year to study medicine at university after seeing A*AA downgraded to ABC. Meanwhile Lina, with teacher grades of A*A*AA, lost her firm choice to study maths and economics at the London School of Economics after being downgraded by two grades in three of the four subjects, to ABBC.

Despite being the second-highest performing student in her grammar school for the UK Mathematics Challenge, and representing the school’s sixth form at the competition’s regional final, she was allotted a B for the subject – down from the A* teacher grade.

The Good Law Project, a non-profit, membership organisation that says it uses strategic litigation to deliver a progressive society, has received too many similar, heart-breaking personal stories, then it’s able to cope with. 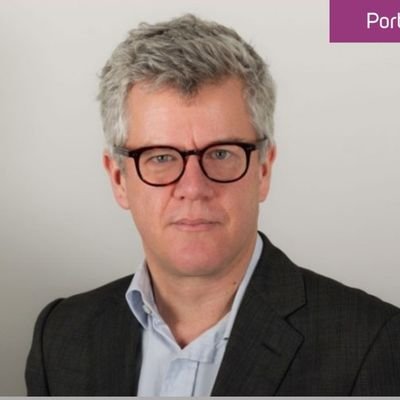 “If you don’t go to a successful school you don’t deserve to succeed either,” said Jolyon Maugham (pictured) , director of Good Law Project. “Strip away all the science and that’s what’s delivered by the system Ofqual and Gavin Williamson have put in place.

“It’s not fair. It’s not good enough. And hard-working students should not have to stand for it.”

Ofqual and the government have defended the standardisation process, insisting it was necessary to prevent grade inflation. They also pointed to a 2.4 percentage point rise in the proportion of top grades this year as evidence that the system had worked.

But while the argument might hold at a national level, schools say it masks volatility and inconsistency in the grades at a pupil level that are indefensible.

How can an algorithm know the real person, work ethic, no social life and actually know how much effort we put in

Although most of the grades downgraded were only lowered by one grade, well over 20,000 grades (3.3 per cent) were adjusted down by two, and 0.2 per cent – hundreds of grades – fell by three.

The algorithm – which awarded results based on criteria such as a school’s historic performance and the prior attainment of pupils – was also more likely to downgrade poorer pupils, and boost top grades for private school kids. The latter is the knock-on effect of Ofqual’s decision to allow teacher grades to stand, unmoderated, for schools with small subject cohorts, while those with larger ones were subject to standardisation.

Confirmation of the legal challenge also comes amid warnings of an even bigger storm for GCSE results (with reports that 97 per cent of grades will be decided by Ofqual’s algorithm) and the chaotic removal late last night of new appeal guidance published just hours earlier.

As well as Ofqual breaching its own duties, the Good Law Project grounds for challenge claim there is “systematic procedural unfairness” and that pupils cannot appeal on the basis that results do not “reliably recognise or reflect their knowledge and skills”.

In its legal letter to Ofqual, lawyers said this has already had a “devastating and life changing impact upon the young people involved”.

So, can anything be done now?

The Good Law Project says the unfairness can be “remedied” by a “merits-based appeal right”, as well as “resetting” the system so that students’ grades can be downgraded by one grade at most.

Ofqual has not yet responded to a request for comment. But the Department for Education reissued a statement from Thursday pointing out that record numbers of 18-year-olds have secured this first-choice university this year, with a 2.5 percentage point increase in top grades at A-level, too.

They also highlighted that without standardisation, results would be “substantially inflated, significantly undermining their value”.

But is the tide turning?

The Association of School and College Leaders, which originally supported moderating teacher grades, has now said the government would be better off allowing the original teacher-assessed grades to stand, as has happened in Scotland.

General secretary Geoff Barton added: “It is time for ministers to stop the chaos and fall back on teacher-assessed grades rather than prolong this nightmare.

“The principle of moderated grading was a reasonable approach which we supported along with many others in the sector. But the simple fact of the matter is that it has created too many injustices.”