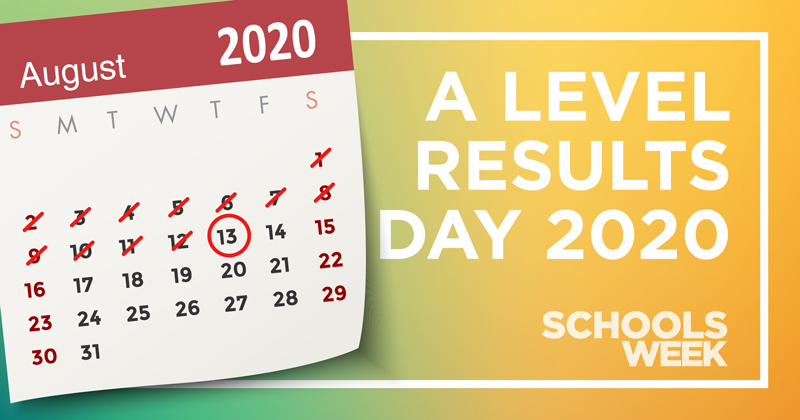 Top A-level grades have increased more at private schools than any other type of school and college this year.

Analysis from exams regulator Ofqual found 48.6 per cent of private school pupils attained an A* or A this year – an increase of 4.7 percentage points.

In comparison, secondary comprehensive schools saw an increase of just 2 percentage points, from 19.8 per cent to 21.8 per cent.

Sixth forms, further education and tertiary colleges experienced the lowest percentage point shift of just 0.3 percentage points. The revelation comes after the Sixth Form Colleges Association warned most of its members had reported problems with results.

A-level results released today are based on centre-assessment grades which have been standardised by exam boards to produce calculated grades.

However, Ofqual confirmed more weight was placed on centre judgments for institutions with lower entries “overall, or in particular subjects”.

It stated: “Where schools and colleges had a relatively small cohort for a subject – fewer than 15 students when looking across the current entry and the historical data – the standardisation model put more weight on the CAGs”.

This sparked fears that larger settings such as sixth form colleges could be worse affected than institutes with a smaller cohort such as those found at private schools.

Earlier today the SFCA said it feared its members had been disproportionately impacted, with almost half of principals reporting that overall, their calculated grades were “much lower” than what they had submitted to exam boards.

However, Ofqual’s analysis also shows that when it comes to grade C or above, secondary comprehensive schools saw a larger increase of 2.5 percentage points, more than the 2.3 percentage point increase seen at private schools.

Ofqual said that overall “outcomes have increased relative to 2019 for all centre types at both grades” but the extent of the increase varies by centre type, reflecting “differences in a typical year”.

However, despite seeing the biggest boost in top grades, four in five private school heads believe the grades their pupils received are “unfair”.

A poll of members of the Headmasters’ and Headmistresses Conference (HMC), a professional association for private schools, also found that 37 per cent had reported their pupils were experiencing more difficulty than normal in getting into university, while 95 per cent have subjects in which the awarded grades are significantly below the centre assessment grades.

Ian Power, HMC general secretary, said: “Our members are telling us that whilst the overall statistics might look encouraging on the surface, the right students are not necessarily getting the right results.“The futures of young people from all sorts of backgrounds in every type of school are being put at risk and we are as frustrated and confused as colleagues in the state sector.”