The Department for Education have just published their latest pupil projections for the next decade. These predict that there will be an even larger decline in primary pupil numbers from 2024-25 onwards than previously anticipated. This has far-reaching implications for the education system, society and the wider economy. We explore some of these implications below.

What do the projections say?

Figure 1 shows that the number of pupils in state-funded primaries is set to fall by almost a fifth by 2032. Changes in secondary school pupil numbers lag behind primaries, but even they will be down by six per cent by 2032. What challenges might these create for the school system in the coming years?

Money on the mind

The anticipated decline in pupil numbers will create funding challenges for schools as a substantial proportion of their funding is based on the number of pupils in the school. In 2022-23, each additional primary pupil is to set to attract at least £3,200 and at least an additional £5,100 for each additional secondary pupil in Key Stage 4.

This is a particular concern as small changes in pupil numbers can have significant implications for school budgets, even though their costs might not change much. For example, a school seeing a drop of ten in its pupil numbers will not typically be able to lose a whole class (and therefore be able to reduce their teacher numbers) but would lose a large amount of funding.

Not all schools will be affected equally by declining pupil numbers. As you might expect, the worst performing schools are most likely to be affected by falls in pupil numbers, while schools which are the most oversubscribed will largely be sheltered from its impact. This will only raise the stakes of Ofsted inspections and make the job of turning around an under-performing school harder than ever.

Local authorities have responsibility for planning pupil places in their areas. Place planning will need to be managed very carefully while pupil numbers are declining to ensure that funding is being used effectively. Without this, there is a risk that schools competing for pupils end up half filled creating financial challenges within schools affecting the quality of education offered.

It is also inevitable that some mainstream schools will either need to close or be downsized. However, local authorities currently have limited formal powers when it comes to academies. While a local authority can ask an academy to close or reduce its roll, school trusts are not compelled to accept the request. This may mean that schools under local authority control may need to close or downsize, even if this is not in the best interests of the local community. This challenge will persist even if there is full academisation by 2030, as we can expect school trusts to avoid downsizing or closing schools wherever possible. The recent Schools White Paper seems to outline plans to provide local authorities with legal powers to match their responsibilities for place planning. These projections make it more crucial than ever that this is prioritised to help local authorities manage this challenge effectively.

Fewer pupils will also mean fewer teacher vacancies to fill which may help reduce current teacher retention challenges. But this is unlikely to solve the teacher supply problem as declining pupil numbers will also lead to a smaller pool of graduates in future. This could well make it harder than ever to recruit new teachers into the profession.

Whoever is secretary of state for education in the autumn will have a long list of issues to contend with. Planning for the complex system-level and societal challenges created by the projected fall in pupil numbers should be high up on that list. 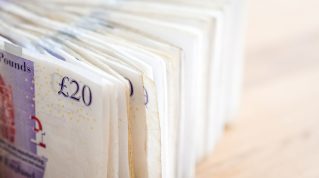