England shouldn’t cancel its exams but it should follow Wales’s lead in one key regard – taking action now, writes Natalie Perera

The debate over what to do about exams next summer rumbles on. Earlier this week, the Welsh government confirmed that it would be scrapping GCSEs and A-levels for the second year in a row and instead plans to award grades based on “teacher-managed assessments”. There are still lots of details to be ironed out, but the Welsh government has at least set out some clear tramlines.

No such clarity yet in England, however. One month after Gavin Williamson announced that exams would be delayed by three weeks, we’re still none the wiser about whether further changes will be made.

In fairness to the Department for Education, this is not an easy set of decisions to take. The government will be juggling a number of conflicting priorities: fairness for pupils, maintaining standards, comparability across cohorts and implications for college and university admissions. Navigating competing objectives is par for the course in policy-making; but this particular quandary involves high-stakes outcomes, limited resources and a race against the clock.

Williamson cannot afford to spend much more time wringing his hands trying to marry these priorities and please everyone. There is no perfect solution and so he must focus on implementing the policies that get us as close as possible.

Fairness to pupils must be the overriding priority in reaching a decision. We should make every effort to ensure that this cohort of young people are not unfairly treated because of the pandemic. Although Wales has clearly taken a different approach, the context in England means that a summer exam series is still the fairest way to assess pupils. It gives them maximum learning time, is a process with which they’re familiar and it provides greater comparability across cohorts.

But those exams need to be adapted to reflect the fact that pupils in England have lost up to 14 weeks of schooling as a result of the first national lockdown and potentially more between September and the October half-term. We know that absence rates were higher than this time last year and, in disadvantaged areas, such as Knowsley, Merseyside, attendance has been as low as 61 per cent.

Further, exams covering a single subject should be as spaced out as possible during the exam period, to ensure that if pupils miss an exam to comply with Covid-19 guidance, they have another to fall back on.

There also needs to be a Plan B if exams cannot go ahead for some pupils. We have recommended a series of benchmarking assessments in the spring term which would have some degree of formality and would replace the existing mock exam series. The grades from these assessments would provide a contingency so that we don’t end up with the uncertainty and chaos of summer 2020. Again, this will be challenging to implement and will require exam boards and schools to work quickly to adapt and deliver these assessments.

Importantly, the government needs to provide more support now to help pupils to catch up. It will be a while before we know the true extent of the impact of lost learning time but we cannot afford to wait before taking further action. The gap between disadvantaged pupils and their peers at age 16 was already 18 months pre-Covid, and the pandemic is highly likely to have exacerbated this. Colleges and universities will also need to be more discerning when considering applications next year so that pupils don’t miss out on a place that they deserve.

Formulating policy at a time of national crisis will never be easy. Implementing those policies will be even more challenging. But, if it means securing a fairer deal for young people who have already experienced significant disruption, then we owe it to them to step up.

A bigger rise in top grades for private schools this year reflects poorer pupils missing out on more education,...

2022 exams grading plan will be confirmed in October, says Ofqual

A decision on how exams will be graded in 2022 will be announced next month, Ofqual has said. Ofqual... 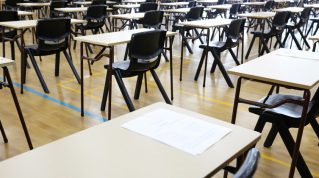 Pupils might not have been taught parts of autumn exams, says Ofqual

Ofqual opted to make no adaptations to the majority of exams in the autumn series despite flagging it would... 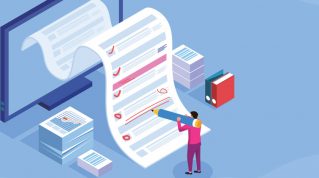 Labour has called for a “standardised” version of teacher-assessed grades as a plan B in case Covid forces another...

Gibb and Ofqual to face education committee hearing over exams

Schools minister Nick Gibb and the leadership of exams regulator Ofqual will face questions from MPs at an education...