The government is being threatened with legal action if it fails to update attendance guidance for vulnerable children and families during the pandemic.

The Good Law Project has written to education secretary Gavin Williamson asking him to issue guidance that protects vulnerable children and families, arguing the current rules are unlawful

Previous safety measures – such as the wearing of masks in communal spaces and class bubbles –  have been dropped by the government this academic year.

Attendance is mandatory for all pupils – including those previously considered extremely clinical vulnerable.

If parents do not send their children into school they are at risk of incurring fines or face prosecution from local authorities.

The Good Law Project has commissioned written legal advice for families who do not want to send their children into school, stating fines or prosecution for not attending school could be unlawful – depending on the facts.

It states vulnerable children or children who belong to vulnerable families may have a legal right to be provided with education at home.

The campaigning organisation also claims schools worried about attendance have bullied vulnerable families into deregistering children in these situations.

The Good Law project has written Williamson, alongside some councils and schools, warning it will begin court proceedings if an adequate response is not provided.

Jo Maugham, director of Good Law Project, added: “Plainly we want children back in school. But the transition to a world with Covid is complex. It will take time and sensitivity. And what we want in the meantime is for governments, local authorities and schools to support the reasonable assessments of loving families of what is in the interests of their children and other vulnerable family members.”

Last week, scientists published an open letter to the government warning it’s back to school plans were ‘reckless’.

They proposed a nine point plan to keep children safe which included reintroducing masks in the classroom, offering vaccines to children above 12 and reinstating bubbles to reduce the risk of Covid in schools.

Local authority is 'demanding' all children are back in the classroom 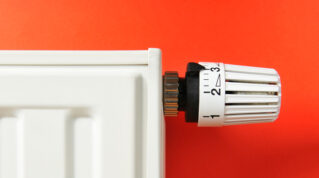