After four years in the job, Jonathan Slater was unceremoniously sacked as permanent secretary of the Department for Education. Now he’s calling for much more accountability within the civil service

Jonathan Slater is on the phone to one of his daughters. The former Department for Education permanent secretary and his family have just moved to south London, with his 13-year-old braving the local bus route.

“It’s the first time she’s done it, it’s no big deal,” he says, airily, before adding with a sheepish grin, “I’m probably overdoing it.”

He laughs: “One of the advantages of the prime minister having had enough of me is I have more time with the family!”

Following the public outcry over last year’s grading fiasco in August, Slater lost his job. Boris Johnson said the DfE needed “fresh official leadership” (although Slater was not blamed personally). He says he first learned of his possible imminent departure from a Times journalist’s enquiry.

But Slater remains sanguine. “When you become permanent secretary, part of that is the risk that you might be asked to step down.”

He’d lasted for four years of his five-year term, and lost his job alongside several other permanent secretaries last year. None too impressed, one civil service union boss said the government was “prepared to throw civil service leaders under the bus without a moment’s hesitation”.

Half a billion pounds would be saved if the DfE disappeared tomorrow. Would schools rejoice, or regret it?

But Slater is determinedly politer about his former bosses. Plus, he’s enjoying the family time.

He’s just visited his mum, a former social worker, and later this month his family are celebrating the life of his dad, who passed away last February and was himself a teacher across schools, further education and university. Both his parents were Guardian readers and lifelong public servants, says Slater.

“I felt very proud of dad my whole life. It did mean when I went into the department, I was always thinking, I wonder what dad makes of what I’m doing.”

Since leaving, he’s also been bugged by what the public – notably teachers, like his dad – think about government decisions, and how they are impacted by them.

A key question he used to ask new civil service recruits is what teachers and students would miss if the DfE disappeared tomorrow. “Half a billion pounds would be saved. Would schools and colleges rejoice, or regret the fact there wasn’t a central organisation to disseminate best practice? The point is, we have to be the latter.”

And he’s concerned that decisions made in Whitehall aren’t necessarily matched to what’s needed on the ground. “Civil servants spend too much time in a room in meetings with each other and ministers and not enough time in schools, with families, teachers, parents,” Slater adds.

This was a criticism levied at Slater’s department during the pandemic. Among many mishaps, schools were left infuriated with last-minute communication of decisions, unable to secure vouchers for hungry families under a new national system and waiting months for promised laptops.

An explosive report from the Institute for Government, where Slater sits on the board, stated Johnson told officials not to make contingency plans for schools last year in the event of another lockdown.

Government insiders described Johnson’s reasoning as “if you prepare for these things not happening then the outcome is that they are far more likely not to happen”.

As it turned out, a surge in cases around December led to another lockdown, with schools closed and exams cancelled at the last minute. The government made five U-turns in a week of utter chaos over the Christmas break.

So who is to blame? “I don’t want to comment on whether ministers made the right decisions,” Slater says. “I have my own views but they are views I want to hold onto.”

But, he adds, “if you look back at the pandemic, what you find is an insufficient focus on what the public at large will find acceptable and will work for them”.

Slater highlights the DfE’s decision only to allow certain groups of learners into schools during lockdown. “A different approach” would have been to let parents and carers decide whether to send students in, having told them only half of the usual placements in schools were available, he says. 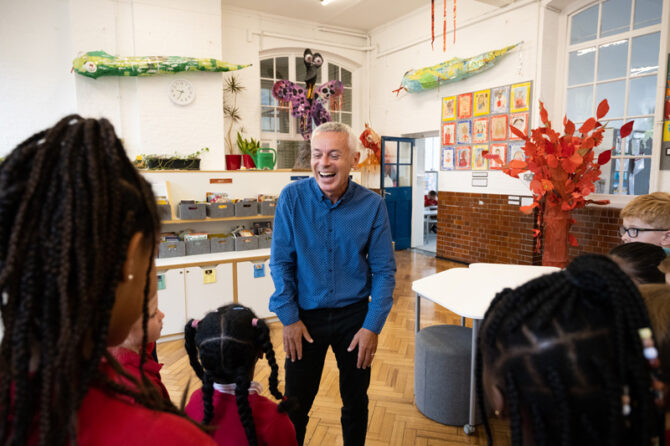 However, I point out, the public and profession made their voices clear on plenty of issues. So why weren’t they heeded? I ask about the ill-fated grading algorithm.

“So I would say […] these are difficult decisions, that ministers should be allowed to make,” Slater answers slowly. “The lesson is that at the DfE and more generally across government, we should be more mindful at looking at things from the perspective of those on the ground.”

Slater now wants more civil servant accountability around decisions like this. He’s investigating why the civil service is “not as accountable as it should be” in a new role as visiting professor at King’s College London. A lecture on his findings is due out in November.

His solution for now is that government uses more qualitative rather than quantitative information before making decisions and measuring impact.

One of the policies he’s proudest of is Opportunity Areas, but interestingly he doesn’t think hard government targets are the way forward: “It’s a relatively recent phenomenon, this idea that you judge the success of something on a numerical target.” The advantage is “you can say tick, it’s done, but the disadvantage is it might not relate to reality and how people are actually finding it on the ground.”

Slater’s views on accountability partly arise from his time as director of education at Islington council, where he says he felt more accountable than when he was in Whitehall. 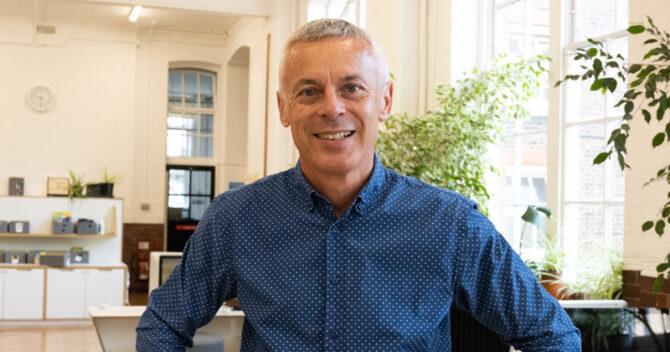 “At the council, my job was to go to a public meeting and have to explain directly why we had to close this school. Contrast that with the civil service model, where […] I work for the minister, and it’s my job to explain what the minister thinks. In local government I had to explain what I think.”

But he took the rare step of publicly telling a minister what he thinks in 2018. He told then education secretary Damian Hinds in a formal direction that his ambition to have new T-levels ready for 2020 would “clearly be very challenging”.

Slater was the first permanent secretary to use a written direction under the “feasibility” category, which had been introduced a decade ago.

“That’s one of the most difficult things I did. It felt hard, going against the prime minister and secretary of state.” Slater did allow himself “a moment of humour” when Anne Milton, who had been the skills minister at the time of his letter, also later criticised the government over its unrealistic timeline.

Hinds ignored the advice, and the first T-levels were rolled out last year. So, do ministers listen?

Sort of. Rather than abandoning a policy or its timeframe, says Slater, “they might change the language around it”.

For instance, Slater says his team challenged a proposal by Hinds to halve the vocabulary gap among five-year-olds by 2030 over feasibility concerns.

Hinds went ahead with his announcement, but instead labelled it a ‘moonshot ambition’. “That’s a minister not making a cast-iron commitment. That’s the sort of thing that would happen.”

He also pushed back on schools minister Nick Gibb’s ambition for 90 per cent of pupils to be taking the full suite of EBacc subjects.

It felt hard, going against the prime minister and secretary of state

“Of the various education ministers I worked for, the most determined was Nick Gibb,” says Slater, nodding to his “strong views” (he adds that Gibb took challenge well).

Gibb is a staunch traditionalist, whereas Slater seems more on the progressive side of the divide. He was his department’s diversity and LGBT champion, having himself proudly supported one of his stepdaughters through transition in her 20s. He also made efforts to increase minority ethnic representation in the DfE. Did he fall out of favour with No 10?

Again, Slater won’t be drawn, but he does say later, “certainly No 10 has a strong influence on all the government departments at the moment”.

One of his last acts was to advise Johnson that if the government wished to take ‘levelling up’ seriously, it should consider evidence that “the attainment gap is the same in an ‘outstanding’ or ‘inadequate’ graded school.” “Clearly you can imagine a system in which you can’t be outstanding if that is the case,” says Slater. He didn’t hear back on the proposal before he was fired.

It turns out Slater’s daughter does need picking up and, like any doting parent, he must go. He’s determined to stay involved in education, he says, only now, like his parents before him, at the grassroots level. He leaves me with a parting shot about the system he has left. “My concern about the civil service is it’s spending too much time in meetings with itself – and not enough time on the frontline.”