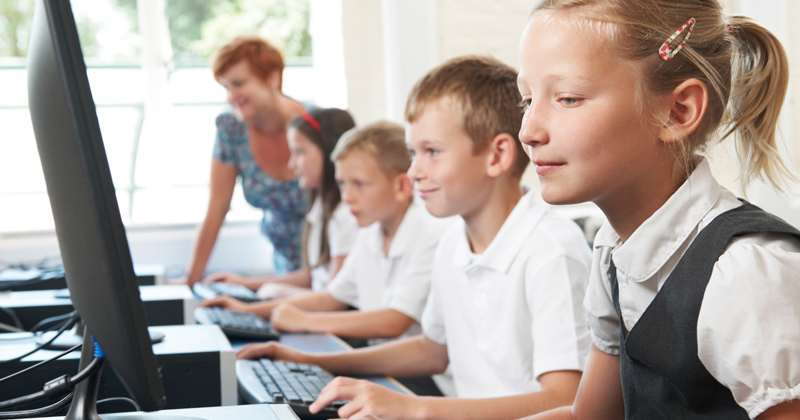 The British Computer Society is among three organisations chosen to run the National Centre for Computing Education, the government has announced today.

Today the firms chosen to run the centre have been revealed as the British Computer Society, which designed the new computer science curriculum, the Raspberry Pi Foundation, and STEM Learning.

The centre will start working with schools across England later this year, the government has said. A DfE spokeperson confirmed the centre is “virtual” and has no physical location, with the website open as of today and expected to grow in the coming months.

The consortium of firms will also be backed by the University of Cambridge, the Behaviourial Insights Team, and FutureLearn, which are listed as subcontractors for the centre.

It will operate virtually through a national network of up to 40 school-led computing hubs to provide training and resources to primary and secondary schools, and an intensive training programme for secondary teachers without a post A-Level qualification in computer science.

The project is also supported by a £1 million grant from Google, which has already been announced will be given to BCS and the Raspberry Pi Foundation to train computing teachers.

Gibb said the new national centre “will give teachers the subject knowledge and support they need to teach pupils the new computing curriculum.

“This is part of this government’s drive to raise academic standards so that pupils have the knowledge and skills they need to succeed in our outward looking and dynamic economy.”

The announcement comes after Schools Week revealed in September that BCS has launched a review of the computer science GCSE amid concerns uptake among girls and poorer pupils is particularly low, to see whether it should be a “broader” qualification that appeals to more pupils.

The government eventually hit its target to train up 400 computing master teachers earlier this year – however that was three years later, and cost £1 million more, than first expected.

The contract was run by Computing At School (CAS) – which is part of BCS.

Critics of the computer science qualification have previously said it is too exam-based and not hands-on enough, after a non-examined assessment was temporarily scrapped after tasks were leaked.

In what has been seen as another blow for the qualification, this week Ofqual launched a consultation based on proposals that the tests will not be brought back, meaning the qualification will be entirely exam-assessed.