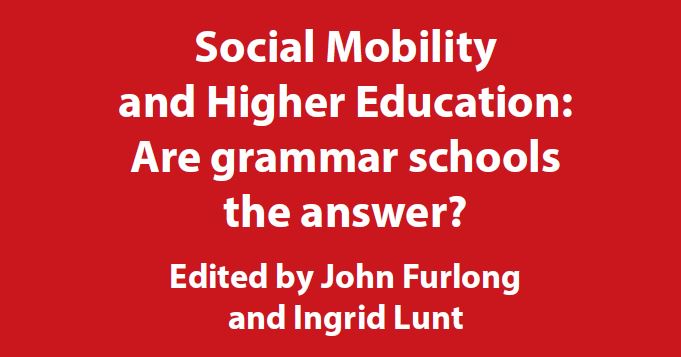 Eight leading education academics have hit back at a “flawed” study that claimed poor pupils at grammar schools were twice as likely to attend Oxbridge.

It was published partly in response to a controversial study last year from Iain Mansfield that claimed poor pupils living in regions with grammar schools were twice as likely to attend Oxbridge than those in non-selective regions.

But Matt Dickson and Lindsey Macmillan, from the University of Bath and UCL Institute of Education respectively, said the most “reliable conclusion that can be drawn is that social mobility – as measured by progression to elite higher education – is unequivocally damaged by the selective schooling system”.

They added there were “significant data issues” in Mansfield’s study which mean the proportion of disadvantaged pupils attending selecting schools is “overstated”.

Finally, they say the report’s conceptual methodology is “limited” as it ignores the impact of selective schooling systems on those pupils not attending grammar schools.

Mansfield also previously claimed academic researchers could be ignoring the benefits of grammar schools because they are politically biased against them.

Professor Vikki Boliver, from Durham University, and Dr Queralt Capsada-Munsech, from the University of Glasgow, added: “To dismiss a virtual consensus among academics as merely the “views” of experts is to fail to appreciate the difference between subjective beliefs and objective evidence.”

The collection ends with vice-chancellor of the Open University Professor Tim Blackman calling to reduce selection in higher education, rather than increase it in secondary education.

Blackman states that high entry grades are used to “signal prestige” and there is no expectation on universities “to add value to students’ prior attainment”.

Mansfield, who was special adviser to former universities minister Jo Johnson, said the paper raises “some interesting points”. But he added it “contains a number of significant issues that call into question its value as a definitive statement on this subject”.

“Notably, at no point is the paper able to challenge the most striking finding of my report last year – the five-fold increase in propensity for BME children in selective areas to progress to Oxbridge.”

Former prime minister Theresa May’s attempts to end the ban on new grammar schools were unsuccessful. The current government is focused instead on expanding existing grammar provision, with a £200 million fund available to selective schools that agree to improve access for poorer pupils over four years.

However a Schools Week investigation found despite the promises to open up access from the first 16 grammar schools to get cash, they still lagged behind comprehensives.

A Department for Education spokesperson said: “Selective schools are some of the highest performing schools in the country.. They can only receive expansion funding if they meet the high bar we have set and clearly demonstrate how they will admit more pupils from disadvantaged backgrounds.”