A-level results are out – here’s what we know.

The proportion of A* and A grades has risen again this year to 44.3 per cent. That’s up on the 38.1 per cent in last year’s teacher-assessed grades and a huge rise on the 25.2 per cent of grades in 2019, the last year of exams.

The overall pass rate has actually fallen ever so slightly, from 99.7 per cent last year to 99.5 per cent this year. 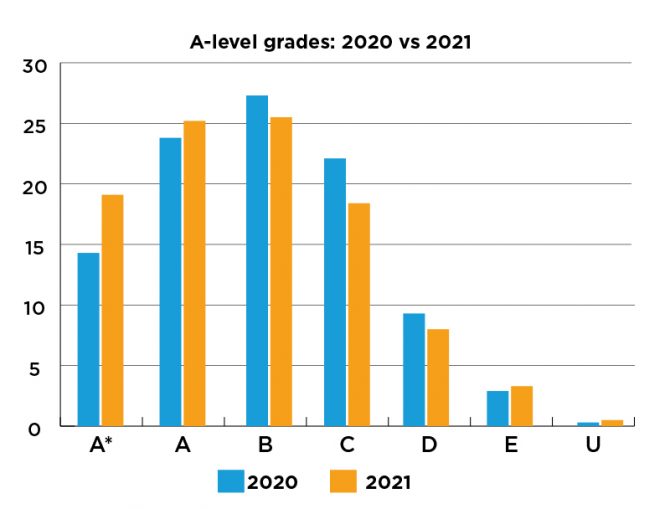 The 10 most popular A-level subjects (in the UK) have remained the same as last year.

There was a slight change in order in the middle of the table with sociology and physics both moving up one place (to 7th and 8th respectively), while English literature dropped two places to 9th.

Maths remained the nation’s favourite subject, although saw a dip in market share from 12.1 per cent to 11.8 per cent this year.

Geography saw a resurgence in popularity, with a 16.8 per cent increase in entries this year, with law and computing also seeing big increases.

Meanwhile design and technology saw the largest drop in entries (5.8 per cent), followed by German (4.9 per cent) and English literature (4.6 per cent). 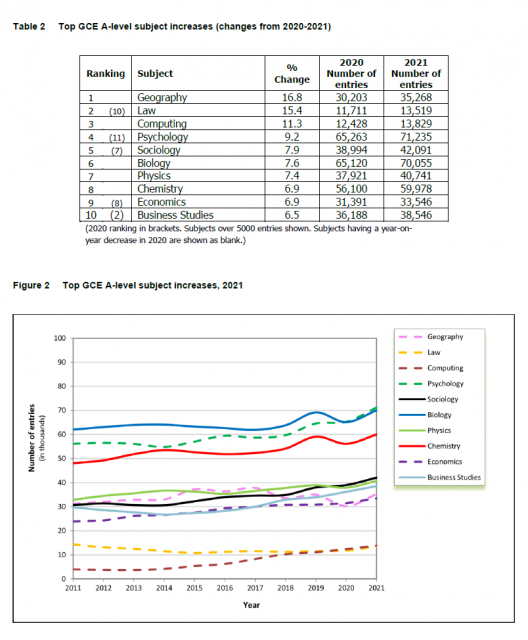 Computing continues to have the largest gender gap with girls making up 14.7 per cent of the cohort in England (up slightly from 14.5 per cent last year).

However, boys represent the minority in a variety of subjects such as performing and expressive arts, sociology and English literature. 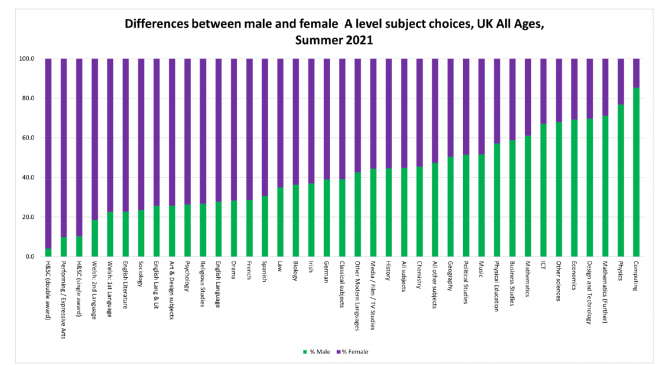 Ofqual said females had an average of a fifth of a grade more this year than boys.

Two in five of all grades achieved by students in the capital were at A or above, a 7.2 percentage point rise on last year.

Analysis by exams regulator Ofqual shows it was higher than any other region, and double the increase seen in the north-east.

Every region saw a rise in top grades, but the north-east had the smallest change in the total number, up just 3.6 percentage points.

By contrast every other region saw grade Cs or above stay flat or increase, though by smaller margins than the rises at A or above.

Ofqual said the regional changes “will partly reflect the well-established clustering of students around different parts of the grade distribution.”