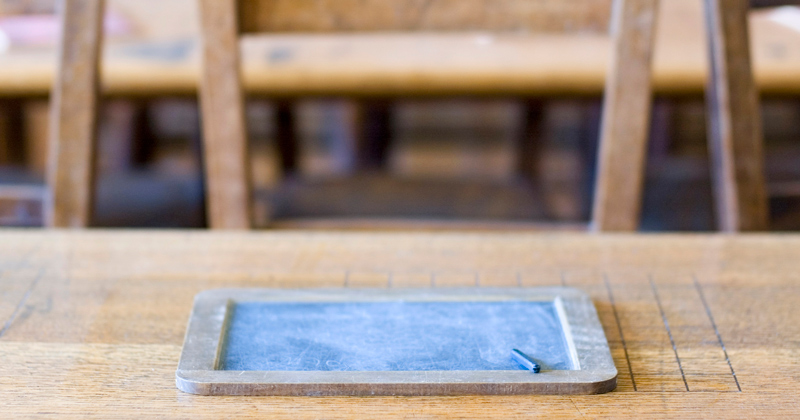 “What could be more progressive than championing science, reason and evidence?”

You can deny the debate all you like, says Tom Bennett, but sticking your fingers in your ears won’t make it go away

When I began to teach, I was as unaware of the ideological framework I existed within as a fish is of water. It was progressivism, the famously child-centred educational philosophy that had enjoyed a slow climb to international ubiquity since its birth in the 19th century.

Recent years have seen somewhat of a pushback, mostly from rank-and-file teachers who have learned to embrace a range of alternative, usually more evidence-informed strategies that are sometimes gathered under the label of neotraditionalism. Some claim that this is a pointless debate.

I’d argue that understanding these terms is the first duty of the educator-in-training.

What’s interesting is that no “neotrad” thinks children should never work in groups, nor be asked to discover information independently. Traditionalism doesn’t mean only “direct instruction always”, and progressive doesn’t mean “never tell children a fact”. Both positions already permit elements of child-led and teacher-led strategies.

This doesn’t deny that progressivism and neotraditionalism themselves are meaningful ideologies, any more than capitalism or communism are not real ideologies. Cuba is still broadly communist and America broadly liberal-capitalist, despite the presence of Coca-Cola in Havana and public sanitation in Boston.

Neotraditionalism has only recently invented itself. This is partly as a reaction against some of the perceived deficiencies of progressivism – its failure to deliver the kind of progress it promised, for example – but also in light of emerging advances in fields like cognitive psychology, statistics etc that point to a more perfect understanding of how students actually learn. As evidence gathers in these arenas, old dogmas fall like dominos. And as they do, the high priests of the past fight to retain their status, as gatekeepers of every generation do before being overthrown by … why, progress.

In this new landscape, it’s the people more commonly described as progressives who are now the traditionalists, and who are often the reactionaries against the encroaching tsunami of time and evolution. And, extending this metaphor, the ones who now champion the architecture of a better future are the so-called neotraditionalists – who should more accurately be called neoprogressives. Because what could be more progressive than championing science and reason and evidence, and marrying that with craft and experience and wisdom, for the mutual benefit of student and teacher?

The last factor that has catalysed this debate is social media, without which I doubt we would even be considering these issues. Because it is in social media, not the rarefied hierarchies of the academy, that these arguments have broken out like wildfire, and rightly so. We have witnessed a reformation of the church of education, and its revolutionaries are to be found online, saying what they wish about matters they were previously structurally prevented from commenting on. The furthest your opinion could reach used to be the back of the classroom; today, it spans the globe in an instant.

We now see healthy and mature conversations happening all the time between peers, thoughtfully developing their own schema and taxonomies without requiring permission. These debates are profound and necessary. Without them we would all still be writing about learning styles and thinking hats and diamond nines. At times the debate is rough, but then, like burglary, 99% of the crimes are committed by 1% of the population, and it’s easy to block and get the burglars to behave.

I sometimes hear people say that social media isn’t as positive as it used to be. Nonsense. What has happened is that its participants are now so many that it starts to reflect all human discourse, and the galaxy of views that entertains. Some of that is knuckle-headed and crude, just like people in general. But the solution to stubbing your toe isn’t to ban table legs, but to take care.