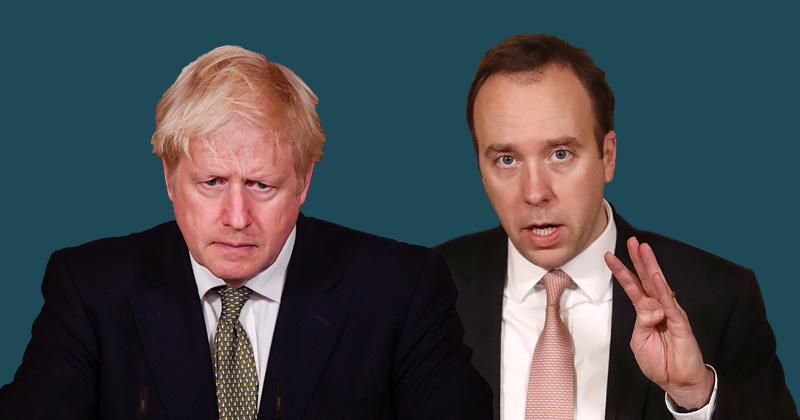 After announcing the current partial schools closures will last until at least February half-term, politicians are now increasingly being quizzed about how and when they expect schools to reopen fully.

Prime minister Boris Johnson suggested this week it was still too early to tell if any rules can be relaxed by the middle of next month – suggesting possible further delays to schools reopening fully.

However, health secretary Matt Hancock said there are four conditions that must be met before schools can reopen.

Here’s what we know.

Hancock told The Andrew Marr Show on Sunday that for schools to reopen there shouldn’t be a “major new variation in the virus itself”.

The UK has imposed a ban on direct flights from South Africa, as well as Brazil and its surrounding countries, amid concern about new Covid variants that emerged in each of the countries.

The UK variant has also been behind a surge of cases in this country, but the latest data suggests that infections in some parts of England are beginning to fall.

Speaking this week, Johnson said that the reopening of schools depends on new variants – such as the South African or Brazilian mutations – not being vaccine-resistant.

He said there was no evidence at present to suggest this, but added the schools reopening plan “depends on us not finding out something else about the disease that makes us recalculate.”

2.  Vaccine roll-out must be ‘proceeding effectively’

The second condition Hancock set out is that the vaccine roll-out should be proceeding “effectively”, adding that it “currently is, it’s going very well and we’ve got the new vaccination centres opening next week”.

Hancock said the government is aiming to have offered a vaccine to everyone in the top four most vulnerable groups by February 15.

“Now we are on track for delivering that, but then it still takes two to three weeks for them to get immunity, and during that time we will keep going down the age spectrum,” Hancock said.

Johnson also told MPs it depends on the “success” of the vaccination programme whether schools can reopen.

The number of deaths must come down, Hancock said. On Wednesday, the UK reported its highest daily death figure since the pandemic began, 1,564 died within 28 days of a positive Covid test.

Hancock said the number of Covid deaths is “highly concentrated in the most vulnerable group, more than four out of five deaths have sadly been amongst the over-70s and the clinically extremely vulnerable who are in those top groups”.

Those are the groups the government hopes to vaccinate by mid-Feb, and Hancock added: “That means I hope we can see the number of deaths going down once we’ve got the vaccines done and two to three weeks afterwards to get the immunity.”

4. Reduce the pressure on the NHS

The final condition set out by Hancock was reducing the pressure on the NHS which he said is facing a winter “like no other”.

But hospital admissions in some areas – such as London and south-east England – have fallen for the first time after rising steadily throughout December.

Johnson said they are seeing some “early signs of progress in restraining the growth of the virus”, but added it is “far, far too early for us to say that that means we can go into any kind of relaxation in the middle of February”.

Hancock added he “would like to put more precise timings on when the restrictions can be lifted, but unfortunately you just can’t do that, we’ve just got to track that data and see how things progress”.