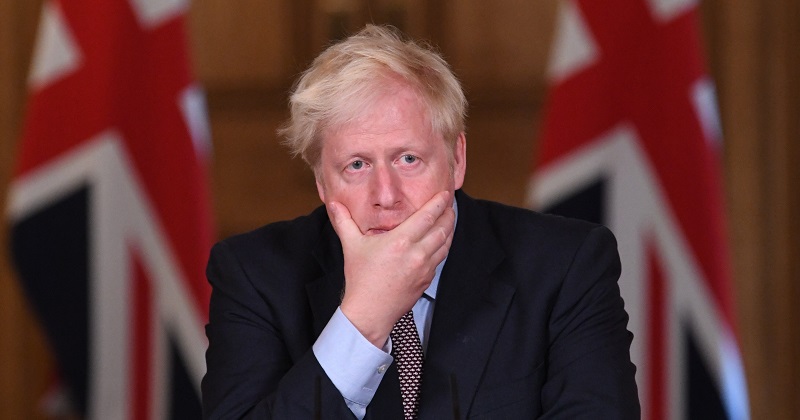 Schools in England will be closed to all but the most vulnerable pupils and the children of key workers from tomorrow until February half term at the earliest, and exams won’t go ahead as normal this summer, Boris Johnson has announced.

During a televised address to the nation tonight, the prime minister said the tougher national lockdown measures he has resisted for weeks were now necessary.

“Because we now have to do everything we possibly can to stop the spread of the disease, primary schools, secondary schools and colleges across England must move to remote provision from tomorrow except for vulnerable children and the children of key workers,” he said.

He added that he recognised “that this will mean it’s not possible or fair for all exams to go ahead this summer as normal”, and said education secretary Gavin Williamson would work with Ofqual on “alternative arrangements”.

Johnson also pledged “extra support” to ensure pupils entitled to free school meals “will continue to receive them while schools are closed”, and said the government would provide “more devices to support remote education”.

“I completely understand the inconvenience and distress this late change will cause millions of parents and pupils up and down the country. Parents whose children were in school today may reasonably ask why we did not take this decision sooner, and the answer is simply that we’ve been doing everything in our power to keep schools open because we know how important each day in education is to children’s life chances.

“And I want to stress that the problem is not that schools are unsafe for children. Children are still very unlikely to be severely affected by even the new variant of Covid. The problem is that schools may nonetheless act as vectors for transmission, causing the virus to spread between households.”

Johnson said he hoped the country could “steadily move out of lockdown, reopening schools after the February half term and starting cautiously to move regions down the tiers”.

Primary schools in most areas were supposed to reopen this week, with face-to-face learning in certain Covid “hotspots” restricted to vulnerable pupils and the children of key workers, but many did not because staff invoked their employment rights not to work in unsafe environments.

The start date for secondary pupils in exam year groups had already been pushed back to January 11, with all other year groups due to go back on January 18 at the earliest.

That approach is now been abandoned, with new restrictions coming into effect tomorrow.

The announcement stands in stark contrast to recent statements from the prime minister and education secretary Gavin Williamson.

Less than 48 hours ago, Johnson told the Andrew Marr show that parents outside the Covid hotspot areas should “absolutely” send their children in this week, insisting schools were “safe” and that the risk to both young people and staff is “very small”.

And on Saturday, Williamson wrote in the Mail on Sunday that the government would “move heaven and earth” to get children back to the classroom.

Geoff Barton, general secretary of the ASCL leaders’ union, said he was “relieved the government has finally bowed to the inevitable”, but said it was “very frustrating that it issued legal threats to schools at the end of last term to prevent them moving to remote education, and then made a series of chaotic announcements about the start of this term”.

“Everybody understands this is a fast-moving situation, but ministers have to stop boxing themselves into a corner by being so dogmatic about their plans even as those plans are obviously unravelling.”

Paul Whiteman, general secretary of the NAHT headteachers’ union, said the announcement would bring “some much needed clarity to the situation but it is a decision that should have been taken much sooner”.

“No time should be wasted in preparing for an orderly and sustainable return. The case for prioritising the school workforce for vaccination, alongside other key workers, is strong, in order to help facilitate a speedy return to face to face education.”