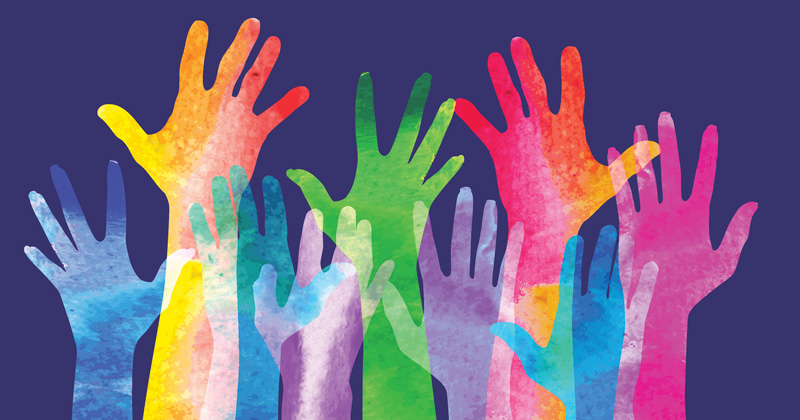 High-performing multi-academy trusts and federations of schools are resisting rolling out prescriptive practices for curriculum and pedagogy, a study has found.

The Sustainable improvement in multi-school groups report, published on Thursday, was written by professor Toby Greany, formerly professor of leadership and innovation at the UCL Institute of Education and now at the University of Nottingham.

It looked at trusts, teaching school alliances, federations and local authorities. The upshot is that trusts and federations must learn to operate as both hierarchies and networks, drawing on a mix of central and school-based capacity and with aligned practices in appropriate areas, to effect change.

Schools Week has pulled out some key findings.

The report states MATs and federations undertook regular reviews of progress in the schools they were supporting, including reviews of pupil assessment data, and periodic formal reviews.
This finding could conflict with the government’s workload pledges just last month that trusts shouldn’t ask for data on targets and predictions to hold schools to account – something MAT leaders criticised because they said such data allowed them to intervene in schools as soon as possible.
But the report found most of its MAT survey respondents were “extremely positive” about their use of data, seeing it as an “area of strength”.
Most MATs and federations produced reports that combined pupil assessment data with pupil characteristics data to analyse school and trust-level performance, and hold leaders to account.
These reports are updated on a regular basis, sometimes linked to half-termly or termly assessment cycles. In most cases the data was combined to produce a short ‘school on a page’ report.

Much has been said about a perceived lack of autonomy for school leaders in academy trusts. While the majority have either an agreed or single required approach across pupil assessment and data reporting, most MATs actually don’t have a standardised approach to curriculum and pedagogy (although the report states many are working to do so in some areas).
But several of the “above average performers” were “consciously resisting” standardisation in these areas, based on the argument that schools need a good level of autonomy to meet contextual needs and drive continuing improvement and innovation.
However the report found that “below average performing” trusts working to stabilise underperforming schools tended to be more prescriptive (although these trusts argued they were ‘underperforming’ because they were predominantly focused on sponsoring underperforming schools).

The behaviour policies of some trusts known for taking on challenging schools has featured prominently in the media this year.
However the report found “a number of interviewees” from trusts that had taken on failing schools would normally begin by addressing behaviour and inclusion issues to “secure a better climate for learning”.
One head said they implemented a “restorative justice” behaviour strategy, while “going to the wall with [behaviour] standards”. Trusts also generally focused “intensively” on improving pupil outcomes in key year groups (year 6 and 11).

The report lays out five school improvement “fundamentals”: establish school improvement capacity, forensic analysis of school improvement needs, supporting and deploying leadership, access to effective practice and expertise at classroom and department level, and monitoring improvements in outcomes and reviewing changes in the quality of provision.
Digging down further into each of these areas, the report found several MATs had a “rule-of-thumb ratio” – such as 3:1 or 4:1 – between the schools in their group that were able to offer school improvement capacity (capacity giver) and the schools needing help (capacity taker).
The report also found trusts and federations had become “more disciplined” in their due diligence of taking on new schools. Several interviewees said they had to turn down potential new schools.

5. Tensions between schools and trust bosses

The report found that several MATs had individual academies that had “resisted” moves by the central team to develop shared processes or capacity which could enable more systematic sharing of support if a particular school was struggling. However this was only in a “minority” of case studies.
Nearly nine in ten MAT headteachers agreed their trust has a clearly defined model for school improvement which underpins the way they work, although 7 per cent of heads said they disagreed with this statement, which the report stated “appears problematic”.

6. Three-fifths of trusts use external consultants once a term – with ex-HMIs popular

The report found trusts were mostly reducing their use of externally commissioned improvement support.
However the exception to this was the use of ex-HMI and other Ofsted-trained reviewers. In total, 59 per cent of all trusts’ core teams said they used “commercial consultants and companies” at least once a term. The next most popular support was teaching school alliances (53 per cent) and RSCs (50 per cent).

Most trusts could point to how they were streamlining processes to support “more efficient” working, the report found.
But “very few” of the case study MATs appeared to have a defined strategy for monitoring or reducing staff workloads.
While some had standardised their curriculum and provided shared schemes of work, and adapted marking approaches and policies to reduce the frequency and amount of teaching marking, none had appeared to evaluate the effectiveness of the approaches to reducing workload.