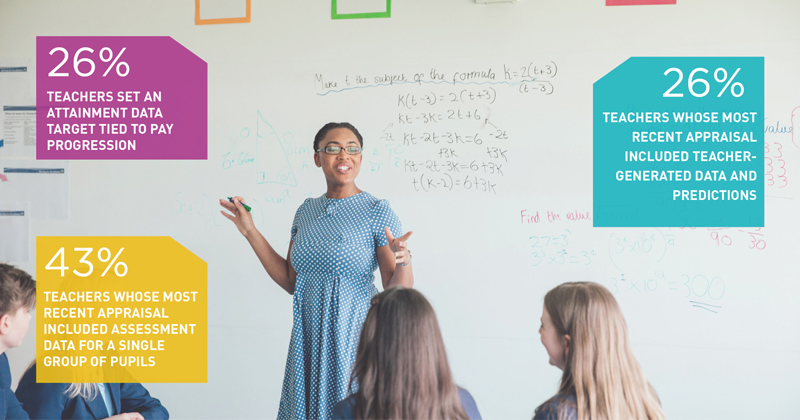 Trusts are concerned that a new government diktat to pull back from data collection will stop them making rapid interventions for struggling pupils.

The Department for Education this week pledged to cut out unnecessary workload so teachers could “devote their energies to teaching”.

It followed several recommendations in a Workload Advisory Group report, which were all accepted by the DfE.

The government has pledged to tell trusts and local authorities they shouldn’t ask for data on targets and predictions to hold schools to account.

Because his heads have a “trusting relationship” with him, they feel able to provide predictions for year 6 outcomes that trigger extra support in year 4.

The government said trusts and councils should instead use national test data, rather than regular data drops, to hold to account schools that are not failing.

“But that means you’re at best a year behind reality,” Greenway said. “It would be like trying to navigate through the rear-view mirror.”

Sir Mark Grundy, the executive principal of Shireland Collegiate Academy Trust, agreed he would be “nervous” about using only national test data. “How would we know when to intervene?”

The government has also updated guidance to state that teacher appraisals should not be solely based on data for single groups of pupils, or on teacher-generated data, because both could be unreliable.

But in a survey of more than 2,000 teachers on Teacher Tapp, a teacher survey app, almost two-thirds of teachers (60 per cent) said their appraisal discussions involved teacher-generated data and predictions.

Stuart Kime, the director of education at Evidence Based Education, said data for a single class should not be used to judge a teacher as it could capture progress made much earlier in a child’s school career. Instead performance management should involve “multiple measures”, including pupil evaluations of staff.

Unions have welcomed many of the recommendations. But they claim the DfE has ignored part of the report that said pay progression for teachers should “never” be dependent on test results.

This could lead to burnout and higher drop-out rates.

However, the DfE insisted “strengthening the link between performance and pay is fundamental, so high-performing teachers are rewarded properly”.

Chris Keates at NASUWT, said teaching was a complex activity that could not be reduced to “crude” data.

“There is no excuse for persisting with this debilitating and entirely irrational practice.”

More than a quarter (26 per cent) of teachers told Teacher Tapp they were set attainment data targets that were linked to pay.

A study by the Education Endowment Foundation previously found performance-related pay resulted in zero months’ progress for pupils, although its evidence was limited.

Kate Unsworth, the founding principal at the Christleton International Studio based in Cheshire, which has taken steps to reduce teacher workload, including a no-homework policy, cited research by Stanford University which said data on teacher effectiveness was “highly unstable”.

Teachers could be “punished or rewarded for results beyond their control”, she said, citing further research on the issue.

Some academy trusts have given a mixed response to the recommendations.

Jon Coles, chief executive of United Learning, agreed it was “not sensible” to use teacher-generated data for appraisals. However, he said trying to please the DfE or Ofsted could increase workload, and he would pay no more or less attention to the report than to any other debate on the issue.

The Kemnal Academies Trust is moving to a common data platform to automatically input data from all schools.

And Oasis Community Learning has recently set up a working group to investigate its pay and appraisals, “although data underpins how we set our priorities”, a spokesperson said.

Damian Hinds, the education secretary, said: “I want to make sure teachers are teaching, not putting data into spreadsheets.”

He also sent a letter to schools outlining his workload commitments, which was co-signed by the heads of other sector bodies, including Amanda Spielman, the chief inspector.

New government guidance for teacher training providers suggests they should talk to their partner schools about how to reduce the workload of trainees while they are on placement.

One trainee teacher, who did not wish to be named, told Schools Week she wished the lesson formats set by her accrediting university weren’t so prescriptive.

“There is an element of ‘jumping through the hoops’ that must be followed but doesn’t add purpose,” she said.

But Michael Green, head of strategic partnerships for education at University of Greenwich, who wrote the new advice, claimed templates are helpful for trainees.

However he added trainees and new teachers should not be “re-inventing the wheel” by creating lots of new resources, and schools must provide access to schemes of work.

Providers should also provide more support to teachers who have qualified and have a fuller timetable, said Green.