A “pervading culture” of sexism and racism at a leading grammar school created a “hostile environment” leaving pupils feeling “unsafe”, an unpublished Ofsted report has found.

Colchester Royal Grammar School has been downgraded from ‘outstanding’ to ‘inadequate’ following a no notice inspection by the watchdog in May.

The unpublished report, seen by Schools Week, found a “significant number of pupils feel uncomfortable or unsafe in school and report being the subject of insulting and damaging comments regarding their gender, appearance, race or sexual orientation”.

The inspection followed allegations of a “toxic and ubiquitous rape culture” at the school in a blog post from former pupil Scarlett Mansfield, which received over 20,000 views alone. The school was also featured on the Everyone’s Invited website, set up to eradicate rape culture in schools.

‘Hostile environment’ in parts of school

The report stated leaders had “failed to address a pervading culture in the school which does not promote equality and respect”.

“Leaders have not ensured that boys understand how to interact appropriately with girls. Consequently, some boys are rude about girls, judge them by their appearance and make inappropriate remarks. Parts of the school have become a hostile environment for some pupils.”

Many pupils told inspectors they “feel people are treated badly because of the protected characteristics, such as gender, race or sexual orientation. Discriminatory remarks are too common among some pupils. Leaders do not do enough to prevent or combat this.”

Inspectors found the schools safeguarding systems were “not effective” and “do not work properly”, as a result “leaders are largely unaware of the difficulties some pupils face”. 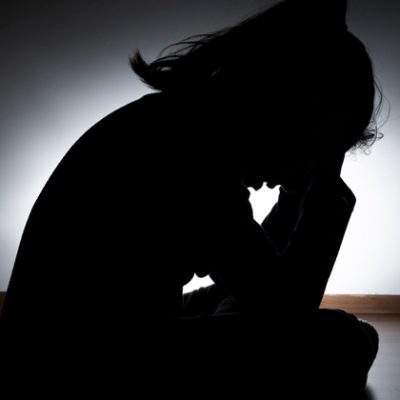 Last month Ofsted released its rapid review into sexual abuse in schools and found leaders were “consistently underestimating” the scale of abuse suffered by pupils in school.

From years 7 to 11 the selective grammar school offers a boys-only education, but admits around 60 girls to its sixth form.

Inspectors found leaders at the school have not considered carefully how girls are integrated into the school and the challenges they may face.

Pupils were ‘victimised for being themselves’

Ofsted found pupils often did not report concerns due to a “lack of confidence in the skills of adults” to deal with the issue.

Pupils told inspectors they didn’t feel safe because the culture within the school “allows them to be victimised for being themselves”.

When issues are reported, they are not recorded properly, inspectors said.

The report added: “Some of those responsible for safeguarding are unprepared to undertake their role.”

Ofsted’s sex abuse review found teachers in charge of relationships, sex and health education (RSHE) had not received any formal training in around half of the schools it visited.

At CRGS, inspectors likewise found personal, social and health education (PHSE) was “weak” and “staff are “not trained well enough to teach the subject”.

“This leaves some pupils insufficiently prepared for aspects of life in modern Britain”, the report adds.

CRGS last underwent a full inspection from Ofsted in November 2007 and was judged to be ‘outstanding’.

Schools which earned an ‘outstanding’ grade were previously exempt from inspections, but this policy was removed last year.

The school converted to an academy in 2012. A full Ofsted inspection of the school’s boarding facilities in January 2020 judged it to be ‘good’.

According to analysis by The Telegraph, CRGS sent more pupils to Oxbridge than any other grammar school in the country – at 46.

Ofsted did praise the “rich curriculum” provided at the schools and found “teachers go beyond exam board specifications in their teaching”.

The report is due to be published on the Ofsted website in the coming days.

‘This is a very sad day for our school’

Headmaster John Russell said the report was “very difficult” to read and admitted this is a “very sad day for our school”.

He said the school “will further develop effective reporting systems” and work towards “eliminating the use of derogatory and discriminatory language”.

However, Russell also stated he felt “the strengths of the schools are not fully reflected in the report” as the negative findings occurred in “limiting judgements” which dictated the overall grade.

“We did not show our strengths in some of those limiting judgements. As such, the overall grade was significantly impacted.”

Mansfield told Schools Week knows “a lot of parents are angry about this report, because they’re worried about how it’ll damage the schools reputation and the worth of their students education. But I believe a school should be judged on how it treats it’s most vulnerable, not it’s most privileged.”