Pupils in England have lost nearly a third of their learning time since the Covid-19 pandemic started, but fared slightly better than those elsewhere in the UK.

The London School of Economics and Political Science (LSE) and the University of Exeter has today released its analysis of learning loss variation across the Home Nations.

It found that pupils in England lost on average 61 days of schooling between March 2020 and April 2021 – as did Northern Ireland. The report states the normal school year consists of 190 days. In contrast, pupils in Scotland lost 64 days while Wales trailed at 66 days.

It means that England’s poorest pupils lost less learning following the third lockdown than their richer counterparts across the rest of the UK.

Learning time loss has been ‘unprecedented’

The report states schooling disruption was “unprecedented in its scale” during the period and most pupils in the UK also missed over half of their expected days in the classroom.

Researchers analysed the maximum number of classroom days lost between March 2020 and March 2021 based on the education policies each nation chose to adopt.

Pupils in England lost a maximum of 110 days, while those in Northern Ireland and Scotland lost up to 119. Once again pupils in Wales were found to have seen the most disruption with a maximum of 124 days lost. 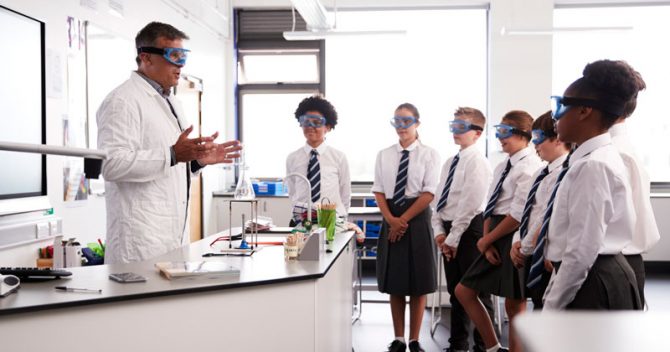 Lee Elliot Major, professor of social mobility at the University of Exeter and report co-author, said the variations showed “ministers can make a difference”.

In England, the poorest pupils missed out on 34.9 per cent of their learning, while the richest missed just 24.4 per cent.

However, during the spring 2021 closures, England’s school reopening policies meant the poorest pupils in England lost less time than the most affluent pupils around the UK – with 34.9 per cent of time lost compared with 38.6 per cent.

A government report from the Education Policy Institute and Renaissance Learning previously warned learning loss among poorer primary school pupils has undone as much as two thirds of the progress made over the last 10 years in closing the disadvantage gap.

Attendance rates in England during school closures were around twice that of the other nations due to government policy permitting vulnerable children and children of key workers to attend school, the report found.

The report warns that these estimates reflect a point in time and are “not representative of losses suffered over the course of a year”.