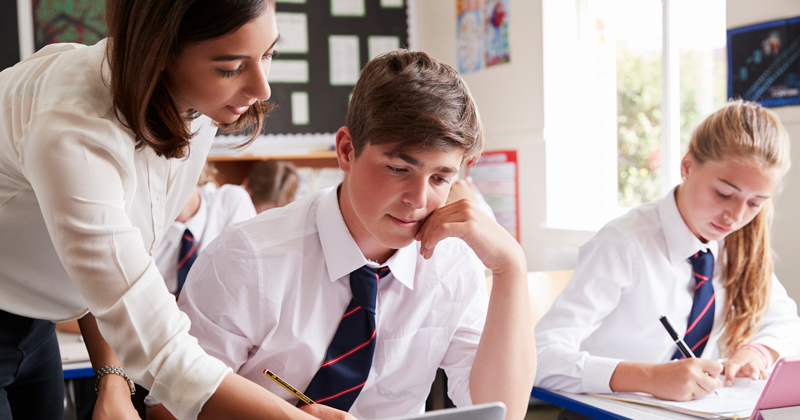 “With accountability measures as they are, the bar for exclusion is certain to remain low”

A dramatic rise in pupils being diagnosed with special educational needs means many schools are facing significant challenges. We have to rethink our systems and assumptions accordingly, writes Sam Parrett

London South East Academies Trust consists of seven schools, only one of which is mainstream. The others – two alternative provision (AP) academies and four special schools – look after children whose needs can’t be met in the mainstream system at particular points in time.

Young people between the ages of five and 18 arrive at our schools for a wide range of reasons. For some, it’s the culmination of various difficult behaviours. For others, the result of a one-off incident. Some pupils are with us for a short time while others will stay on a longer-term basis, particularly in the latter two years of compulsory schooling. Others still are assessed as having specific educational needs, get an ECHP and move into specialist provision where their needs can be best met.

This may sound straightforward, yet it’s anything but. Many who come to our AP schools are more than capable of achieving qualifications and progressing into further/higher education and ultimately into a fulfilling career. But two things conspire that limit their opportunities.

First, against a backdrop of limited budgets, the default is to move “difficult” children on, and ultimately make them someone else’s problem. It’s a truism to say that permanently excluding a “difficult” child can release pressure on staff and indeed, other pupils, but consideration is rarely given to the needs and entitlements of the excluded children.

Second, often able young people are seen as too much of a liability for a mainstream school’s performance measures. This is especially the case for pupils who are unlikely to make the grade at GCSE. With accountability measures as they are, the bar for exclusion is certain to remain low.

This isn’t a criticism: schools simply don’t have the time, expertise or resources to support young people at risk of exclusion. Nor is it to say that the majority of young people within our APs should not be there. All our pupils have varying needs that cannot be dealt with adequately in the mainstream system as it currently is. But while the talk is of difficult children, there needs to be more recognition that it is classrooms that have become difficult places for many.

The government’s recent suggestion that MATs should run APs would cut down the number of exclusions on paper, but it would only simplify the process of shifting “underperforming” pupils rather than focusing on raising standards across the board. Cash-strapped trusts may also look on the higher level of AP funding as an advantage, without fully understanding the huge investment that is essential to running successful AP.

Ultimately it’s impossible to cut permanent exclusions without dealing with the root of the problem. Mainstream schools are under pressure to use dwindling resources to reach prescribed government targets in order to be deemed ‘good’ and maintain their reputations. Inevitably, this means excluding children who present too much of a challenge to these objectives. This is even the case where systems for local outreach and preventative support exist, simply due to the scale of need emerging nationally.

Structural reform can only create more perverse incentives. What the system needs is an overhaul in terms of what constitutes progress, achievement and success, and fairer national funding to ensure the calibre of AP is always high.

But the young people in our schools who have been failed by the system also deserve for the perception of AP to change. Imagine that our respective settings were labelled “generic” and “specialist” instead of “mainstream” and “alternative”. AP is not a dumping ground, but a place of opportunity, and as the number of children who need specialist education increases, recognising that every child deserves the chance to learn is going to require us to rethink our assumptions.