Jess Staufenberg discovers that when it comes to rural schools, the system helps those who help themselves

Before re-naming itself, the Horsham East Learning Partnership had an acronym which might have alarmed a marketing guru – HELP.

The 18 schools in the rural surroundings of west Sussex had joined together in a loose partnership since the mid-2000s, sharing resources, expertise and ideas. But in the last three years the group’s headteachers, who oversee 14 small primaries, a special needs school, an infant school and two secondaries, were growing anxious. In some settings pupil numbers began to fall as academy trusts were springing up in the area. HELP may have been a more apposite abbreviation than anyone wanted to admit.

“It’s not quite what we were going for,” says Helen Cobbin, partnership manager at what has for two years now been the Horsham Schools Partnership (HSP). She works two days a month coordinating heads’ monthly meetings, and supporting a number of sub-groups headed by lead teachers including curriculum, special educational needs and – thankfully – marketing. Each school pitches in around £8 per pupil a year, amounting to a budget of £47,784 last year, a tiny amount compared to top salaries in academy trusts that pays for her time and the services of a speech and language therapist and educational psychologist. A CEO she is not, but this was a deliberate choice.

What can be done with this collaboration is massive. It gives me goosebumps

“What we didn’t want was to have a CEO, with one person always driving and leading. When we decide anything, we have a majority vote.” The schools signed a Memorandum of Understanding for the first time in 2018, laying out the terms of their “soft federation” – a management structure in which schools keep their own governing bodies but, as the memorandum puts it, have “a strategic committee to oversee the work of the partnership”. That committee is chaired “on a rotational basis” by a different headteacher each term. For the first time this year, the committee has paid to launch a website, get a professional logo and put some money into marketing.

Many local authority schools are now in federations, mirroring the multi-academy trusts operating outside LAs. Since 68 per cent of primary schools remain local authority-managed, many federations involve smaller schools, struggling amid budget cuts. The Horsham Schools Partnership is an intriguing example of close-knit, family-like village schools finding new ways of working in a changed landscape – including (and especially) finding a new voice. Just this month, the National Education Union passed a resolution arguing that rural schools provide a vital service, with members calling on the government to give them “protected status” because of “their significance for the survival of their communities”. 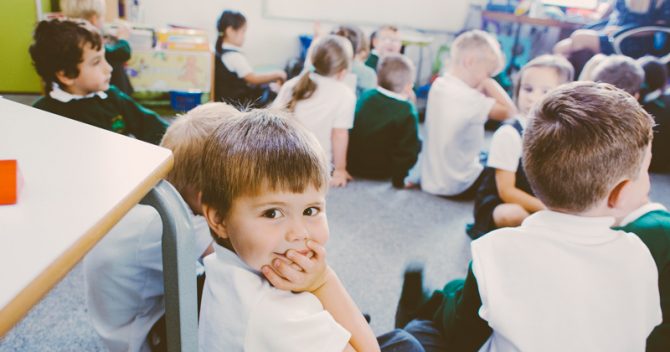 Survival was certainly a significant part of the drive behind re-naming to HSP and getting the website up. “There had been a lot of promotion of free schools and academies that were opening nearby,” explains Cobbin. “We didn’t want our parents to lose sight of the fact that there are some very successful schools here already. We realised we should be blowing our own trumpet.”

Rebecca Winn, headteacher at Colgate primary school, said alarm bells began ringing when she and other small primary schools in the partnership began experiencing falls in pupil rolls. “With new schools being opened around us, I knew we had to work incredibly hard to keep attracting parents to the school. My school was in a village I’d never heard of before coming here, so there was a high chance most parents weren’t aware of us.” This year, Winn dipped into the budget to pay for a magazine advert and a big banner in the middle of the village, while also doubling her open days. It seems to be paying off. Last year, she only took in 17 new children out of a possible 20. For next September, she looks set to hit the full roster.

Another reason for federating was to be more strategic about encouraging pupils to transition from primary to secondary schools within the partnership. Ian Straw, headteacher at The Forest School, one of the partnership’s two secondaries, has “worked really hard with all our primary schools to offer more transition events”, with 1,000 places now available to pupils on open days. For the other secondary, Millais School, the proportion of year 7 pupils arriving from within the partnership has risen from 90 per cent in 2018 to 93 per cent this year. But the struggle continues – at The Forest School, that proportion fell from 79 per cent to 65 per cent.

I want to make decisions based on the kids in my school. We’re a family, not a brand

Aside from survival and necessity, more collaboration seems to have had some other positive outcomes too. One thing that’s noticeable is the lack of overly-managed press communications. The heads openly speak to me with enthusiasm for their model – particularly its balance between support and autonomy.

“What can be done with this collaboration is massive. It gives me goosebumps really,” says Winn. She describes maths conferences, continuous professional development and attachment training days which have “fired up” staff who have been able to spread best practice around 18 schools. Cobbin, who as a former headteacher at one of the partnership’s schools is a kind of home-grown leader, remembers being “isolated and lonely” when she first started in Horsham. Now, she holds a half hour slot with coffee and biscuits for any heads wanting a chat before the committee starts “so they have a local sounding board in a safe space. That’s powerful for wellbeing.”

Cobbin also pours praise on the two secondary schools in the partnership, who pay significantly more than the smaller primaries on whom much of the support work is focused. The Forest School contributed £8,864, and Millais School £11,888, in 2018-19. “The secondary heads are brilliant – they’re prepared to sacrifice time and money because they see the primary work as beneficial to them too.” 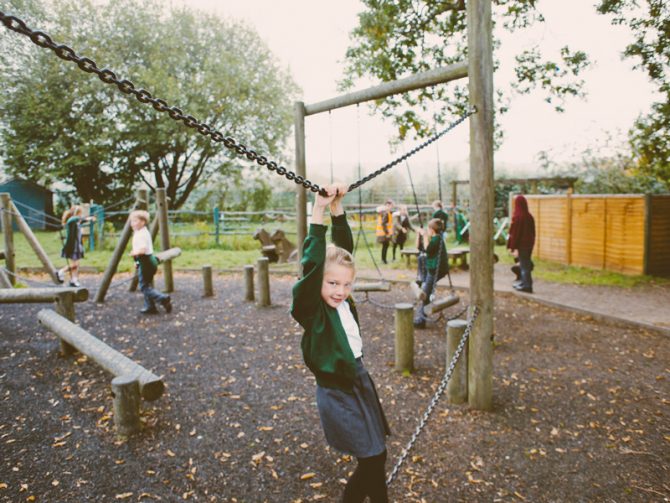 And Straw is in fact emphatic about his support for his primary head colleagues. “Schools talk about being a family and nowhere is that more true than these small primaries where there’s only 90 pupils. I would want to send my child to a little school like that.” The two secondaries also pitch in on the primary curriculum, so it knits up with their own. “For the vast majority of kids who come to us in year 7, we will have had an input into their learning since their first day in primary.”

Meanwhile, the model enables different faith schools to come together. Religious rules meant the partnership’s four church of England and one Roman Catholic schools couldn’t be in an academy trust together, despite being neighbours. So the soft federation model brings them together without upsetting the dioceses.

It also seems to be keeping teachers fairly happy.  The schools re-sign the memorandum each year and have the option to opt out. “I wouldn’t want to be part of a multi-academy trust making decisions many miles away. I want to make decisions based on the kids in my school. We’re a family, not a brand.”

Winn echoes him. “Part of our model is we all genuinely have an identity.” Happy staff make good marketers, it turns out.

But £47,000 a year to support all the partnership work seems vanishingly small compared to hefty amounts spent on central support in larger academy trusts. Cobbin admits that, were it not for budget cuts, she would work more than just two days a month. There’s also some evidence one of the secondaries could be struggling slightly: while the Millais School has an above-average progress 8 measure, The Forest School got a score of -0.44 last year, despite only five per cent of pupils being on free school meals. Only having one other school from the same age phase to bounce off may be less supportive than being part of a more secondary-focused group.

Nevertheless, the partnership’s attainment data would please most academy trust bosses. Every primary school except one has a higher or the same proportion of pupils reaching the expected standards in reading, writing and maths as the local authority average, and all the schools were Ofsted ‘good’ or better at their last inspections. There’s much more work to be done – Winn admits the Twitter page is lying idle – but the partnership seems less in need of help, than helping itself.

It begs the question: if you can get pretty good outcomes for £47,000 a year, are the big leadership teams in some MATs quite what they’re cracked up to be?