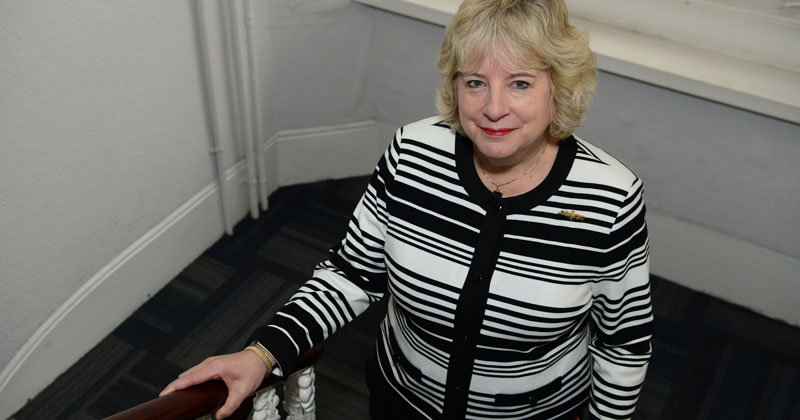 The Chartered College of Teaching has told ministers they will be self-sufficient from March and won’t need further funding, as membership numbers pass the 30,000-mark.

The news comes as the professional body for teaching launches its ‘teachers’ manifesto’ today. The manifesto includes calls for experienced staff to be rewarded with sabbaticals, a national “CPD expectation” so teachers can do a master’s degree and for accountability over pupil wellbeing.

Meanwhile Schools Week can reveal the chartered college has informed the Department for Education they won’t be requesting further grant funding when the current £5 million, four-year grant ends in March.

We’re really proud of where we’ve got to

The latest membership figures stand at 32,000 – meaning the college has recruited just under 6,000 new members since the end of June.

However CCT is still a way off its reported target of 40,000 by March. The college said while they are still working towards it, they claimed the figure was more an “aspirational” target.

Professor Alison Peacock, chief executive of the Chartered College, said that in under three years the colllege now has a “strong offer” taken up by members “from across the country in all phases”.

“It is pleasing to be able to say we are self-sufficient as we look towards the next stage of our journey. We know there is a huge amount of work to do to reach more teachers and highlight how we can support each teacher and leader in developing their career. We are focused on celebrating, support and connecting teachers and raising the status of this fantastic profession.”

The college has become self-sustaining by “diversifying” its income through membership, its chartered teacher status programme and new funding secured from organisations including Nord Anglia, the Mercers’ Charitable Foundation and Paul Hamlyn Foundation.

As well as increasing its membership, the college has boosted the proportion of paying members, up from 42 per cent in June to 73 per cent.

‘We need to show how valued our teachers are’

Meanwhile the college has today published its general election manifesto, based on responses from 1,000 of its members, calling on all parties to “focus on the support of our teachers”.

Peacock said: “If we are to tackle the recruitment and retention crisis then we need to show just how valued our teachers are.”

Some of the more controversial proposals include a “national expectation for teachers to complete regular CPD” with “support for those who show a desire” to complete formal qualifications such as a Master’s or Chartered Teacher status (the latter is provided by the CCT).

A call for master’s degrees for all by the Universities Council for the Education of Teachers earlier this month was met with a mixed response from the sector.

The body has not put forward a framework for how such a model would work in practice or said whether the DfE would foot the bill.

But it follows the Headteachers’ Roundtable election manifesto, released last week, which also called for every teacher to have a fully-funded masters level qualification available to them.

The manifesto suggests allowing these teachers to take sabbaticals could create a potential incentive to increase teacher motivation and wellbeing.

Elsewhere the college wants more flexible and part-time working to be integrated into school calendars “as is common practice in other jobs”.

The lack of timetabling flexibility has long been seen as a contributing factor to poor teacher retention.

But despite being one of four “challenge areas” identified by the Department for Education, firms proposing a solution to the issue received just three per cent of the £1.2 million dished out during the first wave of EdTech Innovation funding.

The college also calls for a change to the accountability system with “increased focus on ‘unmeasurables’, such as student wellbeing, the ability to collaborate and resilience”.

There were few details on this, apart from members suggesting a new system where these factors would be included in appraisals.

CCT said 80 per cent of the 1,000 responses were from teachers and fellows (teachers with over ten years experience). The remaining 20 per cent were students and professional affiliates (those who work with teachers).

Respondents could add their election wishes under four headings: improved quality of teacher CPD, improved job satisfaction, the teaching profession is research-informed, and establish career-pathways focused on the classroom.