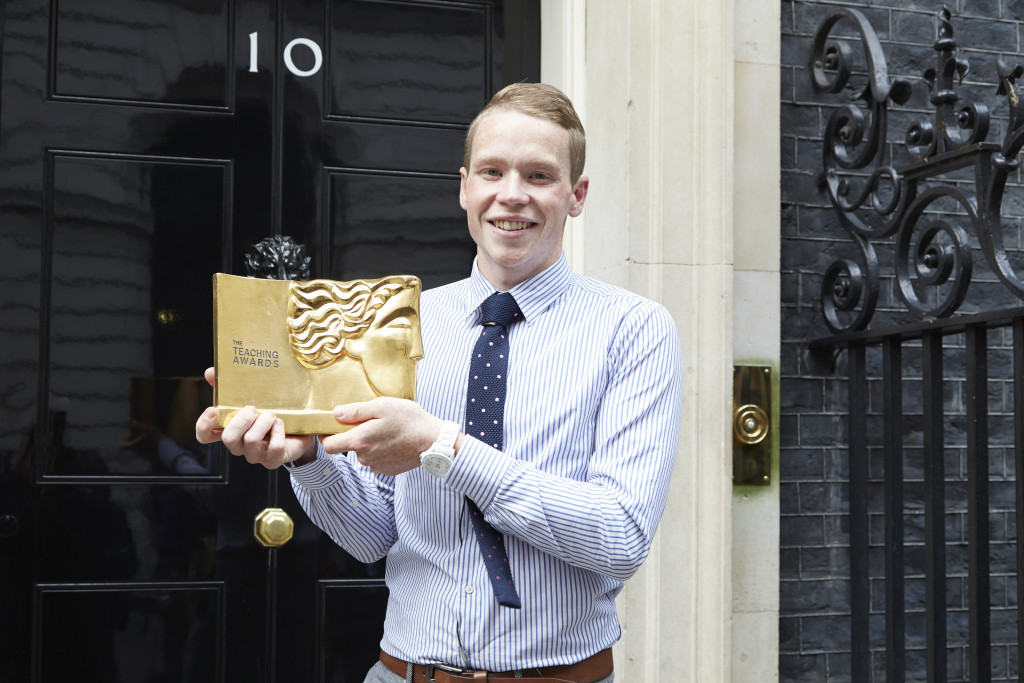 The country’s most outstanding teachers were given the red carpet treatment as they celebrated winning a Pearson Teaching Award yesterday.

Dubbed the “Oscars for Teachers”, staff at 11 schools across the UK descended to London’s Royal Opera House for the glitzy awards ceremony hosted by TV historian Dan Snow.

They were presented with Gold Plato’s by celebrities and prime minister David Cameron surprised one winner, Simon Bayliss, who won the award for Outstanding New Teacher of the Year, with the news during a class visit.

Oscar-winning actress Emma Thompson, said she was “genuinely proud and honoured” to be president of the Teaching Awards .

“I owe so much of what I’ve done to my fantastic teachers at school and university and it is exciting to join in celebrating what is probably the most important profession of them all.”

“Great teachers support young people, but they need and deserve our support so that they too can express the vital confidence they give to young people.

“That’s why I’m proud of the Pearson Teaching Awards and thrilled to be joining the celebrations.

“We are celebrating all those excellent teachers across the country who work tirelessly to change lives every day.”

The ceremony, “Britain’s Classroom Heroes”, will be broadcast on BBC2 at 6pm on October 25.

The Teaching Award Winners 2015 are:

Joy Ballard
The Award for Headteacher of the Year in a Secondary School 2015
Willows High School, Cardiff, Wales

Caroline Ainsworth
The Award for Teacher of the Year in a Primary School 2015
Stockland C of E Primary Academy, Honiton, Devon

Kathy Harwood
The Award for Teaching Assistant of the Year 2015
The Hospital and Home Education Learning Centre, Nottingham, Nottinghamshire

Lorna Bradford
The Award for Teacher of the Year in a Secondary School 2015
The Farnley Academy, Leeds, West Yorkshire

Raymond Chambers
The Award for Outstanding Use of Technology in Education 2015
Uppingham Community College, Rutland, Leicestershire