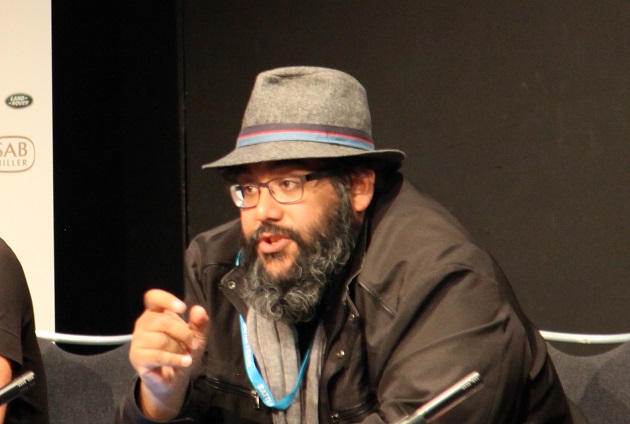 The teaching of British values in schools is now so linked to security concerns any discussions surrounding it are “really screwed-up”, Muslim educator and journalist Abdul-Rehman Malik has warned.

Mr Rehman Malik, who works with young Muslims on change and social justice via the organisation Radical Middle Way, told the Battle of Ideas audience at the Barbican yesterday that the country was “getting excited” about British values because of “a Muslim threat, an Isis threat, a terrorist threat, a violent extremist threat”.

The session closed the two-day debating festival and asked a panel of experts: ‘Should schools teach British values?’

Mr Rehman Malik, also on the panel, said schools had been teaching values for decades but that concerns since 9/11 had changed attitudes.

He said: “We all know the context, so let’s just state it. Since 9/11 there’s a concern. Values is now linked to security.

Ms Hafez said her concern was that the published British values – namely democracy, the rule of law, individual liberty and mutual respect and tolerance – were specified by government directive and were “contestable in terms of how they are interpreted”.

She added: “To me, the idea of a society deciding on its values is through discussion, through days like these.”

Mr Blake told the session that he was “not particularly hostile” to the use of the term British values, defined “relatively broadly”, adding that “for most students, the school is the aspect of the state that they interact with most frequently as a child”.

He added: “There is no point standing in front of class and just announcing to students ‘here are the values’. They need to understand and be able to discuss them but they also need to be able to see them manifested in practice.”

Mr Marshall, an FE lecturer and researcher in sociology education at the Institute of Education, said he was “very comfortable” with the values themselves, but not with the government’s prevent strategy, which requires schools and colleges to identify potential extremism and radicalisation among pupils.

He said: “I’ve been teaching for nearly 20 years in east London and Essex and this image of the vulnerable young adult about to be radicalised is something that I profoundly disagree with. It’s just not my experience. I’m not saying there’s nobody in that category, but this is not my general experience of teaching.

“I think prevent is a profoundly fearful, aggressive and authoritarian response, but to a real problem. Securitising pedagogy makes for bad pedagogy.”