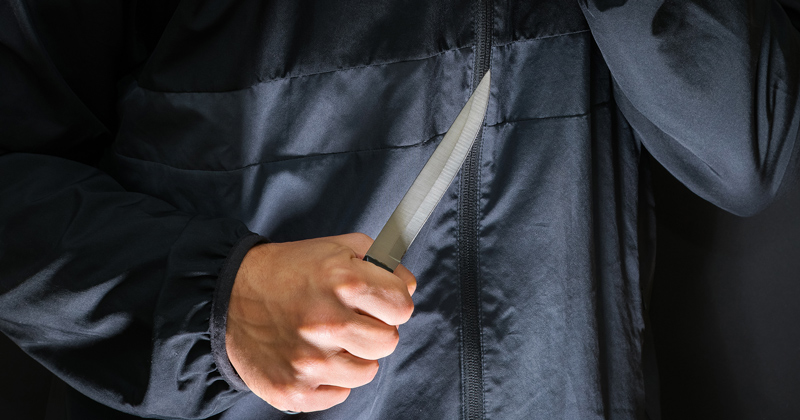 Teachers could be “held accountable” for preventing and tackling knife crime and serious violence under new proposals from the Home Office.

A consultation, due to be launched today by home secretary Sajid Javid, will propose a multi-agency ‘public health duty’, which will ensure that public bodies including schools, social services and hospitals raise concerns about children at risk of becoming involved in knife crime.

The proposed new legislation would include a legal duty to report pupils displaying worrying behaviour at school, dealing with issues at home or attending hospital with suspicious injuries.

According to the Home Office, this could also include organisations jointly funding early intervention services and “would be backed up by legislation” to make sure public bodies “work together and are held accountable for preventing and tackling serious violence.”

The consultation will run for eight weeks before the government makes a decision on tabling legislation to support it. Similar approaches have been used in Scotland and Wales.

Prime minister Theresa May is also due to host a summit to tackle knife crime this week, where she will introduce the plans for a multi-agency response.

She said the summit “is focussed on ensuring everyone coming into contact with young people – from the police, health, education, local authorities and voluntary sector – work better together to make targeted interventions and steer them away from violence.”

Javid said violent crime is “like a disease rotting our society and it’s essential that all public bodies work together to treat the root causes.”

But Chris Keates, general secretary of NASUWT, said knife crime is a “complex issue which will not be resolved by putting additional pressures and responsibilities on teachers and headteachers”, and warned agencies may be “overwhelmed” by referrals.

“Threatening staff such as teachers, who already have a difficult and challenging job, that they will be held accountable for failing to spot any warning signs of violent crime is an unacceptable response and will simply add to the myriad of government-driven factors which are causing teachers to leave the profession and deterring potential recruits from applying.”

Dr Mary Bousted, joint general secretary of the National Education Union, said “neither the blame for or the solution to violent crime” can be laid at the door of schools or hospital staff.

“The severe cutbacks to support services to deal with behaviour issues that occur in and outside of schools are also a major issue.”

In February, a report from the children’s commissioner for England Anne Longfield said schools should be “held responsible” for the pupils they exclude as figures show gang members are five times more likely to have been thrown out of school.

However, last month Ofsted warned that schools in London are not receiving enough support to help them tackle knife crime.

A Schools Week investigation showed a large increase in police call-outs to schools in the past five years after pupils as young as 10 were found with weapons.