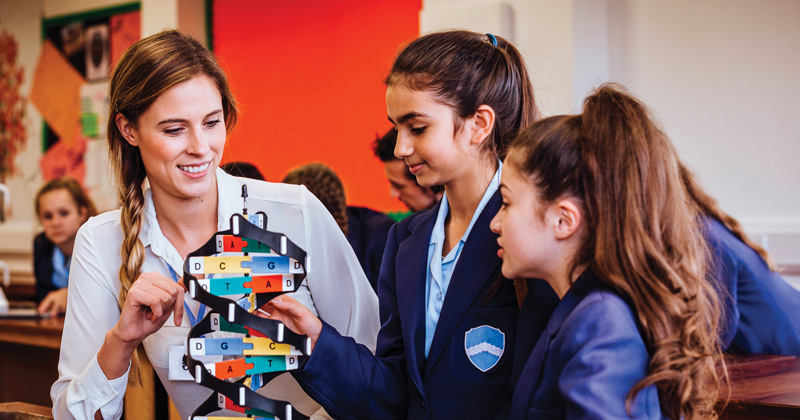 Schools need at least £336 million more per year to pay for the government’s proposed changes to teacher induction, according to new figures shared exclusively with Schools Week.

New plans to extend the induction period of new teachers were positively received last week, but without more money to provide the additional support, schools won’t be able to afford them, teacher training providers claim.

Newly-qualified teachers will now get a two-year induction period after qualifying, rather than one year. In return, they will receive more standardised access to training and be entitled to a mentor.

The organisations responsible for quality assuring the induction process – known as “appropriate bodies” – will also have their roles expanded.

This is likely to lead to increased fees to schools, according to a leading figure in teacher training.

The government is also considering extending the 10-per-cent timetable reduction that NQTs enjoy for one year into the second induction year.

No extra funding was announced last week, however. Instead, the issue will be revisited during the government’s 2019 spending review.

There will be a cost implication of this for schools – and £1,000 can make or break a school budget

Bromley Schools’ Collegiate, a leading provider of school-centred initial teacher training, said the cost of the 10-per-cent timetable reduction plus a mentor for one hour per week is around £12,000 per NQT.

Multiplied across the 28,000 teachers entering the profession each year, the overall cost of the second-year induction would be at least £336 million annually, even before accounting for the additional continuing professional development cost or quality assurance.

Bromley Schools’ Collegiate is an “appropriate body” that currently caps the fees it charges to schools, but its director Derek Boyle claimed this may not last if it must also quality-assure the entire induction process.

“There will be a cost implication of this for schools – and £1,000 can make or break a school budget,” he said.

Emma Hollis, the executive director of the National Association of School-Based Teacher Trainers, which represents SCITTs, said the proposals are an “absolutely seismic change”.

In particular, the one year of induction will be less “crammed” and new teachers will experience a “much more patient, longer trajectory” to becoming professionals.

Quality-assuring the early careers framework will tackle variations in the way inductions are delivered by schools.

But “there is one caveat,” she said: “Funding isn’t mentioned in the consultation response. It doesn’t say they’re not going to fund it, but it doesn’t say how they will. We have to be mindful that for this to be successful, it must be properly resourced.”

Her only other concern is that prospective teachers could misinterpret the second induction year as a “Big Brother-style accountability thing”.

“We have to be very careful about how we take about these changes. The intent is not that you are being watched, it’s that you’re being nurtured and cared for.”

James Noble-Rogers, the executive director of the Universities Council for the Education of Teachers, added that “CPD opportunities must be fully funded.”

Ministers hope the proposals will improve teacher recruitment and retention rates. At present, almost a third of new teachers leave the profession within five years. The Department for Education has also missed its own teacher training targets for five years in a row.

A DfE spokesperson said the government “is now working with the profession to determine how to deliver these proposals, and implications for resources will be considered in the forthcoming spending review.”