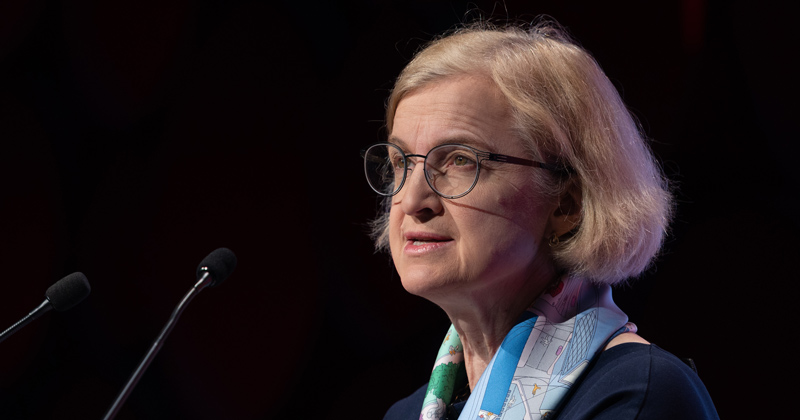 Amanda Spielman has been given two extra years in the role of Ofsted chief inspector, the Department for Education has confirmed.

Schools Week revealed earlier this month that the extension had been agreed by government but was awaiting Privy Council signoff. The DfE confirmed today that it is going ahead.

Spielman joined the watchdog in 2017 and was originally due to complete her five-year term at the end of 2021. But it is understood she was eager to extend her reign to ensure the changes she introduced in her new education inspection framework have an opportunity to bed in.

It means she is on track to become the longest-serving Her Majesty’s Chief Inspector, at seven years – with Sir Chris Woodhead previously leading the watchdog for six years during the 1990s.

Education secretary Gavin Williamson said Spielman had a “wealth of knowledge and experience from her five years leading Ofsted that will be invaluable as we work to support the education sector to make sure every child is able to recover from the impact of the pandemic”.

“I am grateful she will remain in place as Her Majesty’s Chief Inspector for a further two years to oversee a smooth reintroduction of a full programme of inspections, providing vital constructive challenge and reassurance to parents and families.”

Spielman said she was “delighted to have more time as chief inspector” and was “determined to spend that time acting in the best interests of children and learners”.

“As the country emerges from Covid restrictions, the education and care of our children has the highest priority – and there has never been more focus on the skills agenda as we re-energise our economy.”

Note: This story has been updated to replace the quote from Amanda Spielman after the DfE published incorrect wording.