This is what I really said about social mobility

Speaking at Policy Exchange last week, the chair of the social mobility commission, Katharine Birbalsingh said we should “stop focusing on rags-to-riches stories” when thinking about social mobility. In many ways, she’s right. Dick Whittington-style stories have dominated our attention for too long. We see that in our national obsession with so-called self-made billionaires, or poor kids defying the odds by getting into Oxbridge.

These stories dominate the headlines despite the fact that less than one per cent of young people go to Oxford or Cambridge each year. In effect, this means we’re spending a great deal of our time worrying about fractions of one per cent, or the equivalent of maybe one child per year group. Meanwhile, eight children in every class are growing up in poverty.

The evidence is clear: growing up in poverty is bad for educational achievement. Children born into poverty find themselves running up a downwards escalator right from the start, while children of the best-off people in our society are on a fast track to the top from birth. It therefore makes sense to ask what’s driving so many families into poverty, and the answer is just as clear: unaffordable housing and childcare, a brutal and broken benefits system, and the 21st-century plague of low-paid, unreliable work.

In her speech, Birbalsingh said we need to be “looking at how to improve opportunities for those at the bottom ̶ not just by making elite pathways for the few”. She’s certainly got a point. Of course we should care about breaking down barriers to Oxbridge and the elite. But in my research with young people and their families in disadvantaged communities, they’ve told me that what they want is a ‘decent’ life. They want the stability to plan for the future, a modest house and an annual family holiday. Unfortunately, right now, with four million children growing up in poverty, those modest dreams have become pipe dreams for too many. It’s no wonder people are angry and want change.

That change will require the government to mend a benefits system that leaves poorer children running to keep up. That will involve ending the punitive two-child limit on child benefit as well as the benefit cap. Society also needs to support families to give their child the best start in life. That means making a success of the government’s new family centres, rebuilding the network of support around schools and making sure work pays ̶ because at the moment, three-quarters of children growing up in poverty actually have a parent in work.

The government also needs to make levelling-up a reality. Research shows that young people often feel a deep emotional connection to the places in which they’ve grown up. They want to give something back, to support their family networks and to be part of their community. Many of them therefore want to go to a local university and get a local job ̶ but those opportunities don’t always exist. So rather than endlessly attacking universities, the government should be supporting them to improve and expand their offer. And instead of talking down the work-from-home revolution, ministers should be unleashing remote working’s potential to spread employment opportunities across the country.

All young people should be able to write their own life story. For some, that’s about going from rags to riches, and fair play to them. We should continue the fight to dismantle the barriers that stand in the way of their big dreams. However, Birbalsingh is right to remind us that often what matters to people is something more modest.

It’s therefore time we fixed the cracks in our system so that perfectly reasonable dreams come back within everyone’s reach. 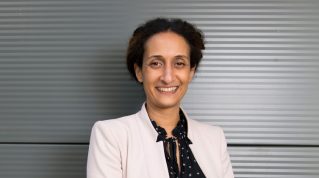