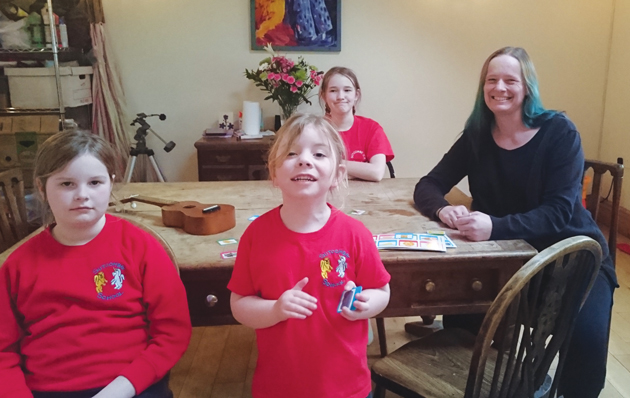 Small schools are closing as they face increasingly harsh financial environments, leaving one Devon family having to move their nine-year-old daughter for the fourth time.

Sutcombe Primary, in the borough of Torridge, will close this summer after Devon County Council said that the half-full school’s financial position is so dire governors cannot even afford a full-time headteacher.

Among the 21 pupils at the school are Zoe, Tia and Ava, the daughters of Becky and John Whinnerah. It will be the latest in a series of upheavals for them as a result of small school closures.

Their situation has sparked warnings from the National Association of Small Schools (NASS) that a focus by councils on short-term savings could put the future of small schools at risk, especially those in rural areas.

Her first school, Dalwood Primary, in east Devon, closed in 2011 and she was pulled out of Musbury Primary when a threat of closure reduced pupil numbers to just eight in 2013. She then left Colyton Primary School last year when the family moved north in the county to enable her parents to work from home to manage her sister Ava’s complex special educational needs.

Although 11-year-old Zoe will move to secondary school this September, the family faces a struggle to find the right school to help five-year-old Ava, something Ms Whinnerah said Sutcombe had been “brilliant” at.

“The girls only started at the school in September, and we found out about the closure on the first day,” she told Schools Week. “The school is rated good by Ofsted and the level of care I have seen them give to my daughters has been brilliant. I don’t understand why they would close it.

It is the sixth school to be closed in Torridge district since 2010 and the 11th in the whole of Devon in the same time period.

The closure was justified by the council on the grounds of financial unviability. Small schools are increasingly struggling as budgets are being cut in real terms over the parliament due to inflationary pressures on wages and pensions.

Mervyn Benford, from NASS, said it was a “myth” that resources were wasted in small schools, and warned that decisions to close schools predominantly motivated by financial pressures on councils were “flawed”.

He said: “We are concerned to hear about pupils having to change school several times, and we’re worried that the 2,200 schools with fewer than 100 pupils will be left high and dry.”

Members of Devon Council’s cabinet voted to close Sutcombe after accepting it was in an “invidious position both educationally and financially”, noting that there were “sufficient school places in the wider area to accommodate any displaced pupils”.