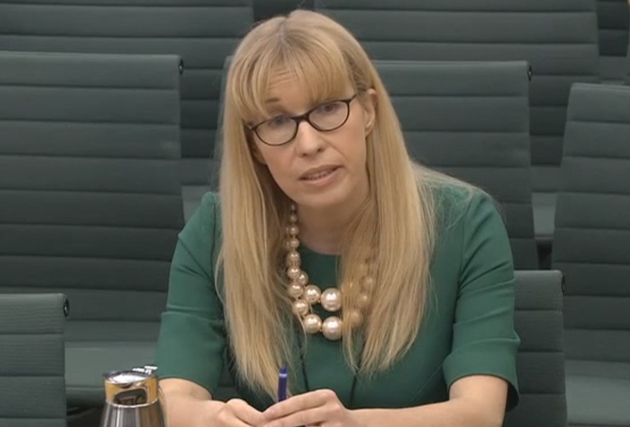 Ofqual’s new chief regulator has admitted it could take her “months” to understand the qualifications and assessment system.

Sally Collier (pictured above), the government’s preferred candidate for the role vacated by Glenys Stacey last month, told members of the education select committee she would “take some time to get up to speed” on Ofqual’s work and initially would have to rely on the “experts” around her.

The current chief executive of the Crown Commercial Service takes over during significant reform of qualifications and assessment, and while Ofqual is racing to accredit new GCSE and A-level specifications to be taught from September.

Following questions from the former Labour schools minister Stephen Timms about her suitability for the role, Ms Collier accepted she did not come from an assessment or education background, but said she had experience working in a “regulated” and “complex” environment.

But she admitted her reading about the regulator had made her realise its work was “much more complex than it first would seem”, and that she would need “probably a small number of months” before she could make the committee “comfortable” with her level of expertise.

“It’s going to be pretty speedy. I don’t think there’s any option other than speedy. I’ve got an intensive induction programme. In my head, it’s not weeks and it’s not years, it’s probably a small number of months.”

Ms Collier (pictured), a former managing director of the Government Procurement Service and ex-director of procurement policy and capability at the Cabinet Office, accepted she was being brought in during an “intensive period of reform”, but claimed the reforms were “making good progress”, with 77 of 156 outstanding specifications now approved.

The senior civil servant also said she looked forward to moving into a role in an organisation independent of government, claiming that in previous posts she had a record of “not always saying yes minister”. She said she would not be afraid to speak up if she thought the government was moving too fast with changes.

“If the pace of reform is too much, there’s a risk to standards, and that’s where Ofqual has got to step out and say it’s unachievable,” she said.

Ms Collier’s appointment also comes as the regulator battles with a poor reputation among heads, 64 per cent of whom told Ofqual’s annual perception survey that they felt the watchdog was too close to government.

Nevertheless, Ms Collier said the organisation was still trusted, and that she would improve trust and respect with a focus on consultation and communication.

“One of the big things is early warning.

“Headteachers don’t want any surprises, the exam boards don’t want [surprises]. It’s about early and systematic dialogue and consultation so that when decisions are made, they might not like those decisions but there is respect for that decision. We can then all get on with implementing it.”