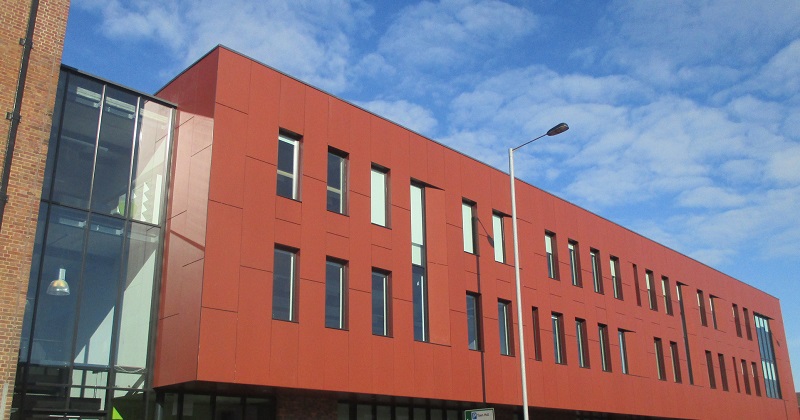 An £8 million site that was purpose-built for a University Technical College that never opened will finally be brought back into use as a sixth form next September, after standing empty for three years.

According to the Burton Mail, the de Ferrers academy trust is to press ahead with its planned move into buildings once earmarked for the Burton and South Derbyshire UTC. The site will be renovated from January and used for sixth-form pupils at Burton’s de Ferrers Academy from September.

Burton and South Derbyshire UTC, a 14-to-19 institution with a technical focus, was supposed to open in September 2015, but the plan was delayed and then shelved last year after authorities failed to recruit enough pupils.

At the time, the Department for Education said the institution would have been “financially unviable for the taxpayer”.

As revealed by Schools Week, the de Ferrers Trust expressed an interest in taking on the UTC building over a year ago, and has now been given permission to move in.

“The project will offer a central, high-quality sixth form and I am completely enthused about it,” said Nick Holmes, the principal of de Ferrers Academy. “I feel it will really benefit the town and we can provide something good here.”

The site’s buildings include science laboratories, a gym and fitness suite, and a lecture theatre. Around 400 pupils already studying at the academy are expected to relocate into the new venue.

Steve Allen, chief executive of the de Ferrers Trust, told the Burton Mail that the trust “anticipates that the campus will be given a £500,000 investment over a two-year period”.

“There is such potential commercial value for the building and will be a great resource for people of all ages in Burton to use,” he said.

Burton’s UTC site is not the first to become home to a mainstream school after failing to recruit enough pupils.

In September, UTC facilities in Oldham, Daventry and London’s Greenwich were taken over by schools after closing earlier this year.

UTCs in Hackney and Central Bedfordshire closed in 2015. Hackney’s buildings are now in use by local schools, while Bedford College has taken over its local UTC site.

Schools Week reported last December that part of the former £9.5 million Black Country UTC, which closed last July, was being used by members of a “live-in guardians” scheme, which offers accommodation to professionals and students who prevent squatters from moving in.

The current use of UTC Lancashire, which closed last August, is unknown.