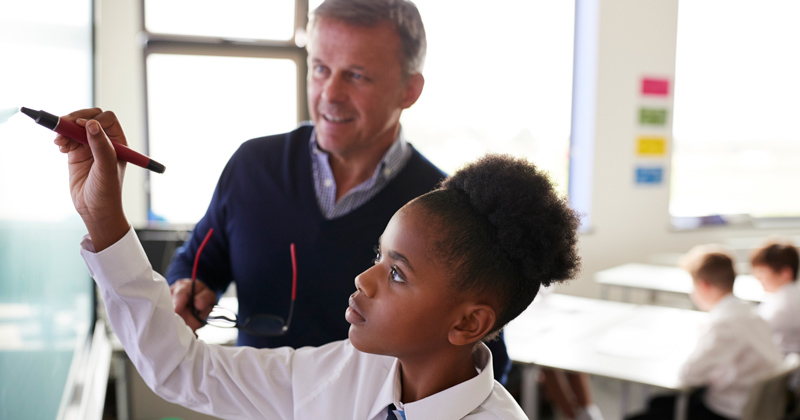 “It is becoming more challenging to recruit”

A successful head doesn’t always make the transition to a CEO role. We need to cast our net wider to recruit chiefs with passion, experience but also humility, says Michael Pain

The emergence of the academy trust chief executive officer (CEO) role in recent years has only served to magnify the fact that the success of any organisation fundamentally depends on the quality of its leadership. As more trusts emerge and more of the first generation of trust CEOs contemplate their next steps, the pool from which prospective successors are drawn seems to be slowly widening. As someone who coaches and trains chief executives, I’m often asked: “Should CEOs of academy trusts have a teaching background?”

There is no doubt that some of our very best headteachers have gone on to succeed as CEOs. They have made a seamless transition into the role and their trusts have secured improvements across numerous schools – including ones that previously failed generations of young people.

On the other hand, a successful career as a head isn’t necessarily a predictor of success as CEO. Some other exceptional head teachers have foundered when they stepped up to lead larger and more complex organisations, seeing their trusts and careers freefall as a result.

Recruiting leaders from other sectors can work very well

What this tells me, is that succeeding at the CEO role has more to do with leadership qualities than with professional background.

The transitional support apparent in the NHS, where initiatives are under way to support clinicians to take on CEO roles usually occupied by non-medical staff, has certainly been missing within education in the past decade. Our CEO programme and guidance has sought to plug this glaring gap. But with more experienced professionals heading towards retirement, and no guarantees that our best school improvement leaders will want to step up to become CEOs, we simply can’t restrict our talent pool to those with a teaching background.

We are starting to see more people without teaching experience taking on the CEO role, such as those with civil service experience, or from the not-for-profit sector. Our own CEO programme has seen an increase in applications from people who have worked in senior roles in academy trusts, such as operations and human resources directors. More widely, we know from our work with successful chief executives in the health and charities sectors that recruiting leaders from other sectors can work very well.

In my book, Being The CEO, I talk about the central importance of humble leadership: the need for leaders to “know what they don’t know”, to listen carefully to their end-users, and to understand the need to build and lead a team of experts given the scale of the job at hand.

Successful CEOs, be they former heads or otherwise, accept the need to delegate day-to-day leadership of school improvements in order to succeed at scale. They also know that securing high-quality education depends on a host of other elements, such as strategies for attracting and retaining talented employees, securing robust governance and financial sustainability, and building cross-sector partnerships that add value to children’s and young people’s learning.

Those that have struggled often neglected these key parts of the job because they failed to “let go” and sufficiently distribute day-to-day educational leadership to others.

Meanwhile, anecdotally, I am told it is becoming more challenging to recruit to school improvement leadership roles; there is not a new generation of National Leaders of Education or their equivalent waiting in the wings. Whether future academy trust CEOs come from within education or beyond it, there needs to be much more investment and thought in developing the next tier of trust leadership.

For CEOs without a teaching background, it is important that they are held to account by a board of trustees that includes substantial educational experience. It’s also key that they engage in regular external peer review, and ensure their organisation has a strong emphasis on accountability to its communities, as well as to government. With those things in place, the CEO who brings the passion for improving pupils’ lives and the humility and experience to build the right team of experts can no longer be overlooked based simply on their background.