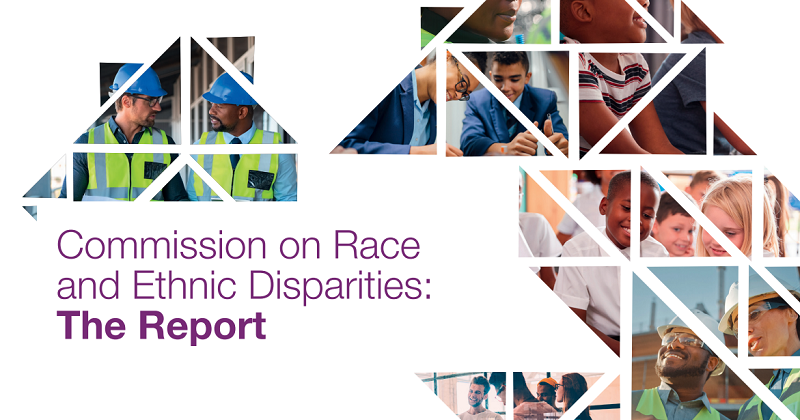 The findings of the government’s Sewell commission on race and ethnic disparities are an “insult to all those in Britain who experience racism every day of their lives”, a group of education unions has said.

The report from the commission, which was chaired by former teacher Dr Tony Sewell, has been heavily criticised for downplaying issues of racism.

Sewell was also criticised for suggesting in his foreword that children be taught that slavery was “not only being about profit and suffering but how culturally African people transformed themselves into a re-modelled African/Britain”.

The report set out a number of recommendations for schools, including a call to extend the school day, starting in disadvantaged communities.

School leaders’ union NAHT, teaching unions the NEU and NASUWT, support staff union GMB, the University and College Union, National Union of Students and the Educational Institute of Scotland have issued a statement in response to the report.

In the statement, they say the report’s “attempts to diminish the impact of structural and institutional racism on the lives of black people” are “all the more galling in the midst of a pandemic where minority ethnic communities have borne a hugely disproportionate cost”.

“It demonstrates an astonishing complacency and ignores the fact that any progress made in improving the lives of black people across the UK has been won by decades of determined campaigning against the odds.”

The report found that children from many ethnic communities “do at least as well or substantially better than white pupils in compulsory education”.

But it acknowledged that black Caribbean pupils still do far worse at school than their white British and black African peers, and warned that some communities are “haunted” by historic racism, creating “deep mistrust” in the system which could prove a “barrier to success”.

The report also warned that “overt and outright racism” persists in the UK, particularly on the internet, though it also said phrases like “structural” and “systemic racism” were “confusing” and risk “adding to the problem”.

The unions also said the report’s suggestion that the UK be a “model” for other countries in its response to racism “ignores the wealth of evidence” which points to “deeply unequal experiences”.

They pointed to higher exclusion rates among black Caribbean and Gypsy, Roma and Traveller pupils, a higher university drop-out rate among black students, and data showing black, Asian and minority ethnic people were over four times more likely to be stopped and searched than white people.

“We are in no doubt about the purpose of this report,” the unions said. “By attacking the well-evidenced existence of structural and institutional racism, the government hopes to dismantle any accountability for its own discriminatory actions.

“Instead, the report blames black and brown communities themselves for inequalities because they are ‘haunted’ by historic, systemic racism. We reject this assertion wholeheartedly, and reaffirm our determination to work together in the fight to dismantle systemic racism in all its manifestations.”