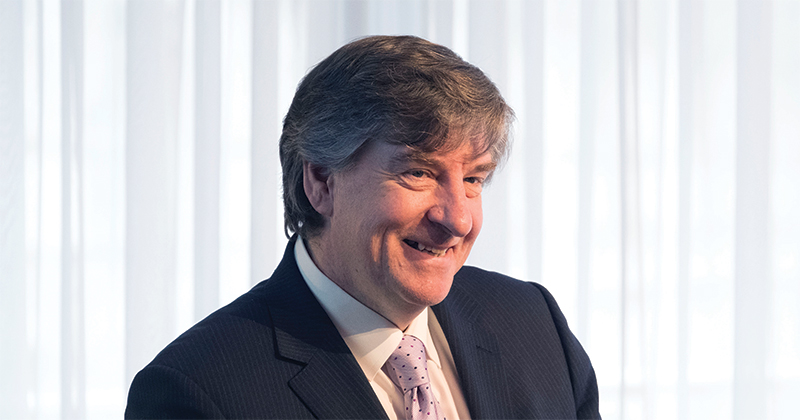 The former national schools commissioner has urged academy trusts to send out “annual reports” to parents, admitting their engagement with local communities is an area of “real uncertainty”.

Sir David Carter, in a wide-ranging interview with Schools Week, said trusts should look at producing an annual report for parents, which he likened to the report businesses send shareholders.

He said this would help create better links between trust leaders and the communities their schools serve, adding it’s currently and area of “real uncertainty”.

“Parents have the right to know who the person running that trust is. What’s the vision? Who’s the board? The school also contributes to central costs – what do they get back for that?”

He said while problems with parents normally only surface when things “start going wrong”, trusts need to be able to articulate an answer for all parents on “is my child’s school better off being run by you in your MAT”.

“If you can’t answer that, you’ve got a problem,” he added.

Carter also talks about his battle with Ofsted, and admitted that some of his actions while the national schools commissioner could have been perceived to be inspectorial.

Schools Week reported how regional schools commissioners were branded of being a “shadow Ofsted”.

Education secretary Damian Hinds said in May that the commissioners will no longer be able to send education advisors into schools to clear up any overlap.

Carter said there’s now no question you can only intervene when schools “fall over”.

“Personally, I don’t agree. It clears up the system and makes everyone understand it, but that’s six months of kids in a poor school.

“Had we gone in earlier, we could have done something about it. I struggle with that a bit, but I understand the political thinking.”

Much has been made of the government’s struggles to find good sponsors to takeover failing schools.

Rather than finding “untested new sponsors”, Carter said the thinking had moved to “how do I grow offshoots of trusts I know already work”.

Carter also backed the academies minister Theodore Agnew’s crackdown on chief executive pay. Agnew has been meeting with trust chairs demanding they justify how much they pay their top bosses.

Agnew’s view was that there wasn’t enough evidence or benchmarking for some pay decisions, Carter said, which the former national schools commissioner described as “a fair one” and “absolutely right to do because it’s taxpayers’ money being spent”.

Carter said the approach is working because some trusts have “reset their salary”, and pointed to the Co-Operative trust’s model of using a CEO-pay cap linked to a trust’s lowest earner as a “really good idea”.

However, he said there is “plenty of room” for trusts to justify their CEO’s pay if they can prove it’s delivering great outcomes for pupils.

The full interview will be published on Tuesday November 6.