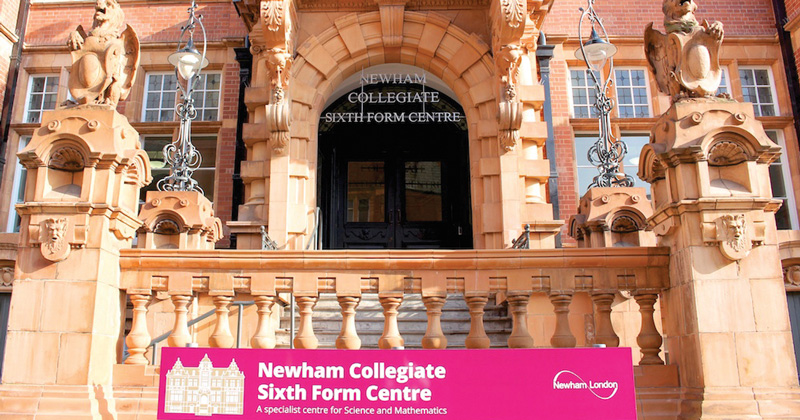 A celebrated sixth form with top A-level results has been forced to stop kicking pupils out for low grades after it converted to academy status in order to shed its uncertain legal status.

The Newham Collegiate Sixth Form Centre in south London was widely praised because 99 per cent of its pupils achieved A* to C at A-level last year, placing it in the top one per cent of sixth forms in the country and attracting media plaudits for its principal, former City lawyer Mouhssin Ismail.

But a Schools Week investigation in September found that a number of year 12 pupils were “devastated” after they were refused entry to year 13 in subjects they didn’t get Cs in – an “expectation” outlined on the sixth form’s website.

At the time, the website said pupils who didn’t hit Cs at AS-level would only be allowed into year 13 “in exceptional circumstances”. Pupils could not retake year 12, and up to 20 pupils without the right grades left and started again at other schools, a practice in place since the sixth form opened in 2014.

The law states exclusion due to academic results is illegal in schools, as proved by the infamous case of St Olave’s grammar school, but further education institutions have more say over their admissions and exclusions policy.

The school has now been forced to end selections, however, after it joined a multi-academy trust.

A spokesperson confirmed on Tuesday the school has joined the City of London academies trust. Newham councillors have been working on the transition ever since an investigation by cabinet members nearly four years ago found it was “unlawfully” opened by the council and must join a trust.

Its admissions policy for year 13 has now been “revised”, according to a CoL trust spokesperson, who said the expectation for year 12 pupils to get Cs has been removed from the school’s website.

Pupils must only now get 56 points in eight GCSEs (equivalent to an A in each subject).

Andrew McMurtie, the chair of the trust, said he was “delighted” the school is joining and would “ensure the sixth form continues to deliver outstanding education, helping students to reach their full academic potential”.

There are questions over whether the school will be able to maintain its results now that pupils with lower grades are able to sit A-levels.

The continued selection of pupils entering year 12 has been opposed by other post-16 providers in the area; one claimed this “highly selective” policy puts the rest “in jeopardy”.

Eddie Playfair, the principal at the nearby Newham Sixth Form College, said in a recent consultation that he could not support the school’s continued existence in the borough. He believes it is “clearly inaccurate” that Newham Collegiate Sixth Form Centre will have opportunities for “all abilities”, given its exclusive GCSE entry threshold.

One former pupil who wishes to remain anonymous has said he is “relieved” that the practice of removing pupils before year 13 has been scrapped.

Ismail has defended the old policy, saying “every decision we take is always in the best interests of our students”.

But the Department for Education has warned other schools with such practices they must “provide a high-quality education to every pupil” and reiterated that “students enrolled in a sixth form cannot be removed because of academic ability”.