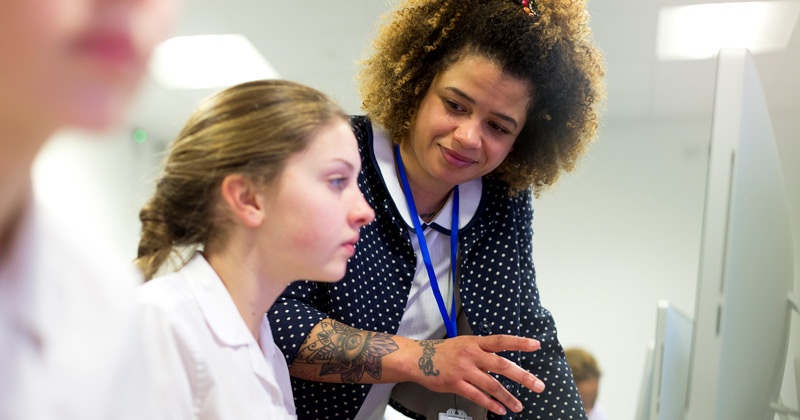 The Careers and Enterprise Company is taking a second shot at recruiting a more diverse range of employer-mentors for young people, after its first attempt left many industries “still significantly underrepresented”.

Its #UnexpectedMentor campaign launched in October 2017, to attract a new set of employer-mentors who represented the whole population.

But despite investing £4 million in 39 mentoring programmes across England so far, the CEC has found that “significant gaps remain in many industries and employment sectors”.

Analysis of the latest information shows this trend has not changed, a spokesperson told Schools Week, in spite of the campaign’s attempts to improve diversity of sectors and backgrounds.

“We wanted to react immediately to the learnings from the campaign before Christmas – particularly since January is traditionally a good time to appeal to people to volunteer,” a spokesperson said.

The company was unable to provide a figure for how many mentors have been recruited so far. A spokesperson said this is because it has worked to link prospective mentors with mentoring organisations in their local areas, such as the Dame Kelly Holmes Trust, but does not hold data on how many then go on to work in schools.

Pippa Morgan, head of education and skills at the Confederation of British Industry, said it is “vital” that more businesses get involved, to make sure young people understand the range of careers available to them.

“The CBI will encourage companies in these less represented industries to join the #UnexpectedMentor campaign,” she said.

The campaign is part of a wider government target to match a further 25,000 young people with an employer-mentor by 2020.

“Businesses need to work with schools and colleges to genuinely achieve diversity in their workforces,” said Claudia Harris, chief executive of the Careers and Enterprise Company.

“There is a huge opportunity for a much more diverse set of mentors across England and we are calling on people to sign up now, to help our young people to prepare for brighter futures.”

The Education Endowment Fund is working with the company to try to understand the best ways for employers to engage effectively in education.

Its latest findings recommended that employers provide the kinds of knowledge that will help with the transition from school to work, such as understanding how school subjects can lead into a profession, how recruitment processes work, and why problem solving and team building skills matter.

“We know how important it is for young people to have access to information about a broad range of careers and sustained mentoring can be a valuable tool for doing this,” said Eleanor Stringer, senior programme manager at the EEF.

“It is good that the Careers and Enterprise Company is widening its pool of mentors. Doing so could give more young people the knowledge they need to make the best decision for them.”