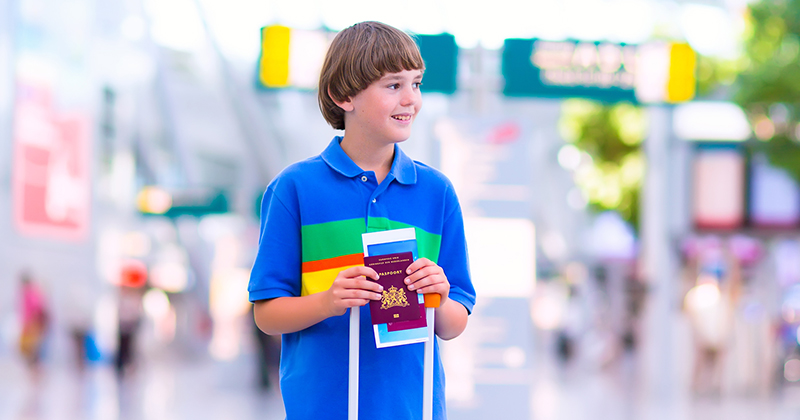 Schools can apply for a slice of £2.5 million in government funding to take disadvantaged pupils on trips abroad, the Department for Education announced today.

About 2,900 secondary school pupils are expected to be funded for either foreign exchanges with partner schools or trips abroad under the programme. It will be targeted at schools with above-average numbers of pupil premium children.

The move is intended to improve the language skills of pupils and comes as the government scrambles to boost the numbers of pupils taking modern foreign languages at GCSE.

It also follows an investigation by Schools Week on a change to safeguarding guidance, which suggests schools should carry out criminal background records checks both on foreign host families and on English families hosting foreign pupils.

The paperwork and potential issues arising from the checks are said to be “killing off” language exchange trips, particularly the most effective ones where pupils actually live with native speakers, heads have warned.

The new programme, which will encourage pupils to stay with host families, will be run in partnership with the British Council. Its research has previously found only 39 per cent of state-funded secondary schools run foreign exchanges, compared with 77 per cent of private schools.

Education secretary Damian Hinds said the money would help schools which “may not have much experience organising trips abroad, to ensure their pupils don’t miss out on all the fantastic benefits these experiences can bring”.

He added it was more important than ever for the UK to provide pupils with a “global outlook” as it leaves the European Union.

Schools can register their interest in the programme from Monday, but applications are yet to formally open, a DfE spokesperson told Schools Week. They added the money should be available “in the next couple of months”.

It covers the 2019-20 financial year and will be considered again at the next spending review, they said.

The move comes after entry rates for GCSE French fell by 5.9 per cent and GCSE German by 3.5 per cent last summer.

Last week, the government also announced plans for a new “centre for excellence” in languages as well as nine “hub” schools to spread best practice in languages learning, as well as a languages mentoring pilot for pupils.