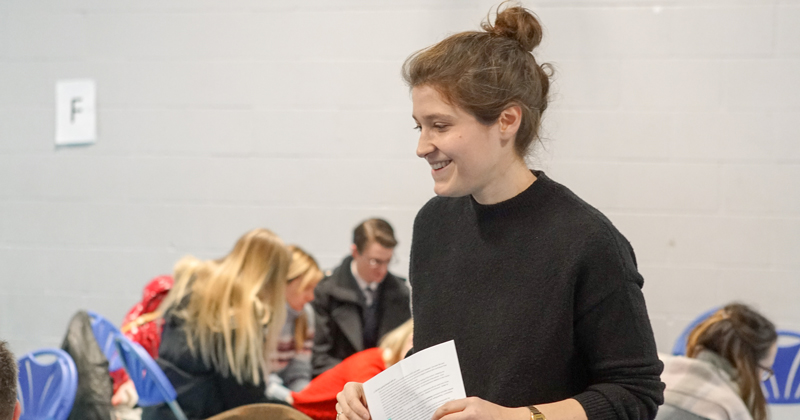 The first alternative provision school to be run in the UK by a major charity that believes in personalising learning for each child is preparing to open in Doncaster – with eight pupils.

The Big Picture School, which is based on a philosophy of adapting the environment to each child, is due to receive its first cohort of pupils in the coming weeks.

Jessica Hughes, an English teacher, told the IncludEd festival at Oasis Academy South Bank on Saturday that the school would create personalised timetables using a “wants, needs and avoids” principle.

“The concept of the Big Picture schools is that you wrap the school around the children,” said Hughes, the former head of professional learning at School 21, a much-lauded progressive free school in east London. “When a flower doesn’t bloom, you fix the environment in which it grows. You don’t blame the flower.”

The charity Big Picture Learning, which will run the school, was established in the mid-1990s in the US, and now operates in 12 countries.

“This school won’t be like any other Big Picture school, because it’s in Doncaster,” said Jeffrey Boakye, its founding principal and a former head of English at School 21. “It’s very context-based. You won’t find a Big Picture model per se, you’ll find a Big Picture ethos.”

The starting cohort of eight was selected through a referrals process developed with Doncaster Council, which has 454 pupils that met the eligibility criteria.

The independent school will double in size at various points during the year, up to its 60-pupil capacity, and will be commissioned on a pupil-by-pupil basis by the local authority.

Rather than investing in a “raft of subject specialists”, its focus will be on staff who can form a “mentor-coach relationship” with students, Boakye said. “The personalised approach doesn’t make it any more expensive. It’s a case of what you choose to invest in.”

In terms of capital investment, the school will receive £6.4 million over six years, of which £1.7 million is from the government, £750,000 from the social firm Big Issue Invest who will take a “percentage return” after six years, and about £4.5 million from the local authority.

The 11-16 school will set up internships and work placements for students, and hopes to develop supportive relationships to help them when they leave school.

“Sixteen is a very artificial time to be thinking about an end point,” Boakye said. “There’s a longer-term relationship with families I’d like to develop.”

The IncludEd festival was organised by The Difference, a charity that develops teachers’ and school leaders’ expertise in working with vulnerable children.

*This article was amended at 13:51 on 21 Jan 2019, to reflect that fact that the school’s opening date has been pushed back due to administrative delays