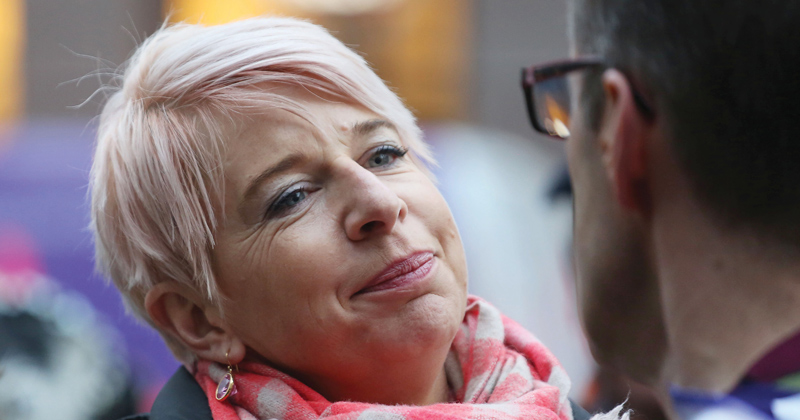 Schools can invite Katie Hopkins to talk to older pupils if speakers with opposing political views are also invited to talk, a policy expert on the Prevent strategy has said.

Hopkins, a far-right commentator who has called refugees “vermin”, is offering discussion sessions for year 9 to year 11 pupils in schools throughout November.

The offer, which is called the Stand Strong School Tour, has led to outrage from education unions, while the Scottish government has urged schools to consider inclusion values before booking her.

Some Welsh schools have indicated interest, according to Mark Cross, Hopkins’ agent and husband. English school confirmations are unknown.

Government advice says schools must ensure speakers they are “suitable”, research their “previous comments”, and consider the school’s reputation.

Meanwhile staff are “likely to face prohibition if they deliberately allow exposure to such actions that undermine fundamental British values”, including “political extremism.”

But Anna Cole, a parliamentary and inclusion expert at the Association of School and College Leaders, said the 2015 Prevent strategy against extremism did not require controversial views to be “no-platformed”.

“The Prevent duty certainly should not be used to close down space – quite the opposite,” she said.

For older pupils “toward the end of secondary school and in sixth form”, a figure like Katie Hopkins could be hosted if schools presented alternative points of view, she said.

The Daily Mail columnist already has a “huge platform” pupils are exposed to, she added, and “the key thing is not to give her a single platform” without other speakers.

The talks would have to close if Hopkins incited hatred or violence, said Cole.

According to the Education Act 1996, headteachers should ensure pupils exposed to political messages are “offered a balanced presentation of opposing views”.

In previous comments, Hopkins has described women as “vicious” at work, while men are “rational”, and said asylum seekers are “a plague of feral humans”.

In May she left her job at LBC radio after tweeting a “final solution” was needed for Islamist terrorism, leading to accusations that she was encouraging genocide.

Her press release says pupils are “under incredible pressure to conform to an approved way of thinking”. Hopkins has previously said teachers force a liberal bias on pupils.

Schools have previously been criticised for refusing to host speakers. In November, the Simon Langton grammar school for boys in Canterbury came under fire from parents after cancelling a talk by former pupil and far-right speaker Milo Yiannopoulos. The DfE’s counter extremism unit had consulted with the school over the “threat of demonstrations”.

But Dan Hett, who has spoken about extremism after brother Martyn was killed in the Manchester bombings, told Schools Week the thought of Hopkins in schools was “a horror”.

Pupils listening to a speaker “will assume they are in a position of authority and must be right”.

Hett has offered to give his own speeches to schools on extremism to counter Hopkins’s tour, drawing on his experience. He has strongly argued immigration cannot be blamed for terrorism, and five schools in Manchester have contacted him, he said.

Now his offer has been echoed by the food writer and activist Jack Monroe, who won a libel case against Hopkins in March.

Pupils need to discuss the issues raised by the columnist “but not from the point of view of someone […] who financially benefits from spreading extremist views,” Monroe tweeted.